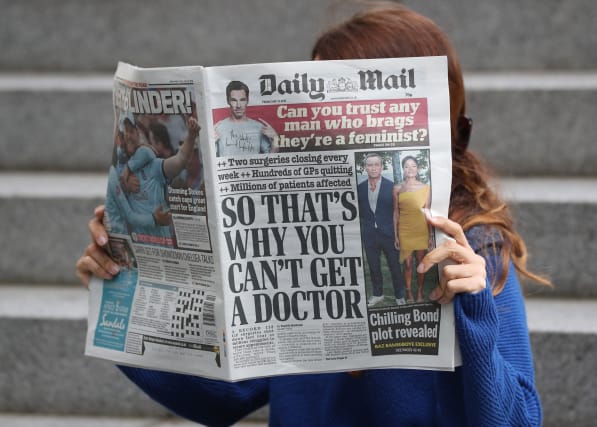 Profit more than halved at the publisher of the Daily Mail and Metro newspapers over the last year as the commuter freesheet took an especially hard hit during lockdown.

The Metro faced plummeting readership as people stayed at home during the darkest months of the pandemic, with distribution dropping to around a quarter of its normal levels.

But even after restrictions were lifted somewhat, distribution remained at less than half of pre-Covid levels in September.

Pre-tax profit dropped by 61% to £52 million, Daily Mail and General Trust (DMGT), which owns the titles, announced on Monday, on revenue of £1.2 billion, down 14%.

Growth on the website MailOnline, which attracted 3% more revenue, was more than offset by a 7% drop in circulation, and 30% fall in print advertising revenue.

The Daily Mail and Mail on Sunday saw their combined revenue drop by 12% to £356 million.

Yet, despite its struggles, the business said that it would increase the dividend it pays out to shareholders by 1%, 24.1p.

The newspaper industry suffered badly during the lockdown months. Among the worst hit were those papers that rely on commuters.

With 2.3 million daily readers, the Metro had the largest weekday circulation of any paper in the UK. This was heavily slashed during lockdown.

It was not alone in taking a hit. London freesheet City AM suspended its print edition in March, and has not restarted it. It has also cut several jobs. Meanwhile, the Evening Standard was forced to cut its editorial staff by 40%.

The Metro won backing from its sister newspapers within DMGT, as the group committed to operating the freesheet at a loss to ensure that key workers could read the news.

“The pandemic has brought significant disruption and change to our markets but the strategic and financial actions we have taken have ensured that we coped well and remained on the front foot,” said DMGT chief executive Paul Zwillenberg.

“We have benefitted from our diversified portfolio of market-leading businesses and strong balance sheet.”