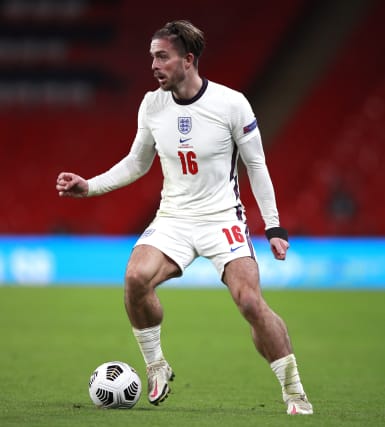 The England star has been charged with careless driving, leaving the scene of a crash, and failing to report an accident in Dickens Heath, West Midlands, on March 29.

It emerged yesterday that Grealish also faces an allegation of driving without due care on October 18 on the M42, the A446 and an adjoining road close to Villa’s training complex.

The charges stemming from the first incident allege the 25-year-old drove a Range Rover carelessly at the scene in Mereways, Dickens Heath, and failed to stop after damage was caused to a Citroen van and a Mercedes.

Grealish was rated man-of-the-match after finishing the full 90 minutes in his side’s 1-0 win over Leicester City on the night of October 18.

Following the first incident in March, Grealish issued a video message on Twitter in which he said he was “deeply embarrassed”.

In the message, issued on March 30, the Villa captain said he had “stupidly agreed” to go to a friend’s house during the coronavirus lockdown.

Less than 24 hours before the incident, Grealish had launched a video appeal for people to stay at home to protect the NHS and save lives.

The midfielder, of Barnt Green in Worcestershire, is due to appear at Birmingham Magistrates’ Court from noon.