This is the map which shows how risky it will be to gather with family members at Christmas.

The Covid-19 event risk assessment planning tool, created by scientists at the Georgia Institute of Technology, sets out the current risk of a gathering of 10 people by UK local authority areas.

The map, which is regularly updated and based on testing data, shows the risk that at least one person in the group will catch coronavirus.

According to the latest estimates, Hartlepool, Stoke-on-Trent and Dudley carry the highest risk – 29% – of someone catching Covid during a gathering of 10 people.

Unsurprisingly, the remote Orkney Islands and Shetland Islands in Scotland carry the lowest risk, of less than 1%.

To see the current risk level in your area, click on the picture below and follow the link to "global risk estimates". 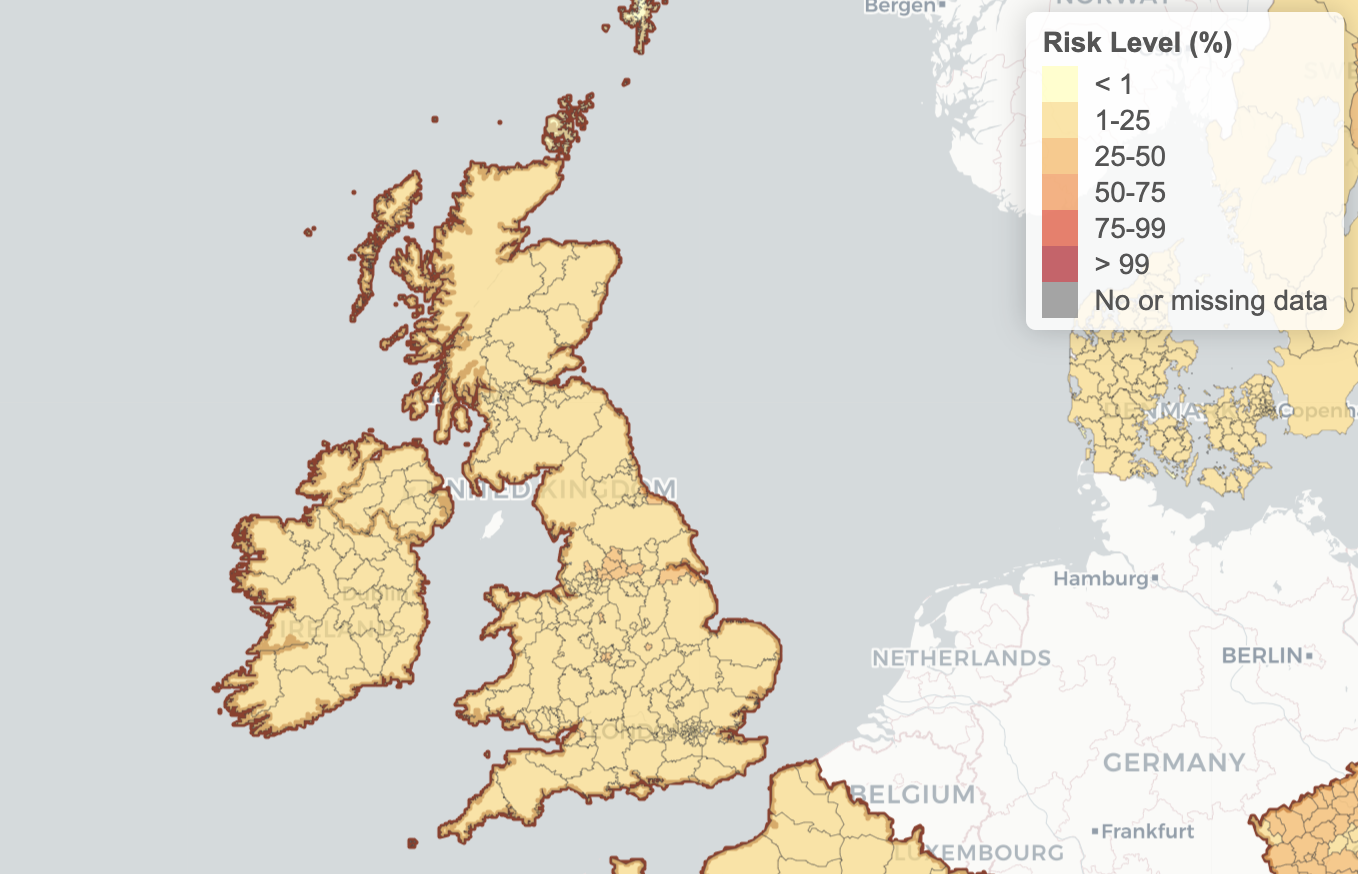 The size of a gathering can be increased on the map, which results in an increased likelihood of transmission.

Prof Joshua Weitz, one of the scientists behind the interactive map, told BBC Radio 4's More or Less podcast on Saturday: "Unfortunately, it is worrying."

It comes as the UK's four nations prepare the final arrangements to allow household mixing over Christmas.

With England's national lockdown set to be replaced by a localised tiered system from 3 December, it is understood Boris Johnson will permit three households to mix over a period of five days in the UK during the festive period. A final announcement is expected on Tuesday.

However, this will come at a cost. Scientific Advisory Group for Emergencies (Sage) adviser Dr Susan Hopkins warned last week that every day of eased restrictions over Christmas will need to be counter-balanced with five days of tighter rules.

Another Sage member, Dr Michael Tildesley, warned on Monday that the government will need to convey "very clear messaging" to prevent a further spread of infections.

Dr Tildesley, associate professor in infectious disease modelling at the University of Warwick, was asked if he supported indoor household mixing at Christmas.

"Purely from the health perspective, you minimise the risk if you don't mix," he said.

"But we are human beings and we need to allow people an opportunity to be together.

"If the household mixing is coming into place, we need to get very clear messaging out to people to say 'keep those bubbles exclusive if you are going to merge two to three households'.