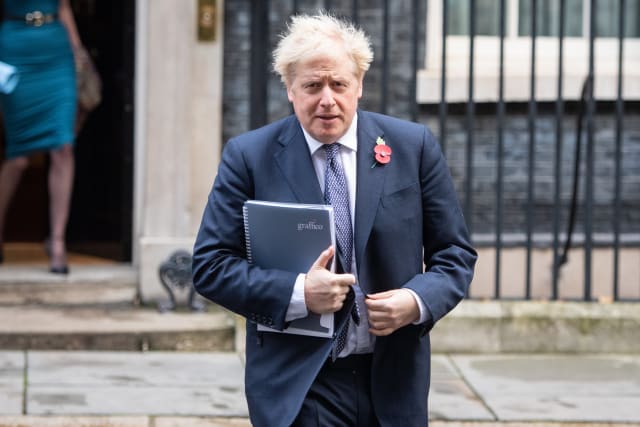 Boris Johnson has made it clear he believes MPs should not be getting a pay rise next year amid a widespread expectation the Government is about to order a public sector pay freeze.

The Prime Minister’s official spokesman said that he did not consider a pay hike for MPs was right in the “current circumstances”.

However, the Government has been facing a growing clamour to block the rise after it emerged last week Chancellor Rishi Sunak is set to announce a pay cap for millions of public sector workers in the spending review on Wednesday.

Asked whether the Prime Minister was happy for the rise to go ahead, his spokesman said: “MPs’ salaries are obviously decided by an independent body, but given the circumstances the PM doesn’t believe MPs should be receiving a pay rise.”

Mr Johnson had previously announced that ministers would not be getting an increase in their ministerial salaries – which he sets – a sum paid on top of their wages as MPs.

However ministers have so far been reluctant to interfere in the Ipsa process which was set up in the wake of the MPs’ expenses scandal and was meant to ensure MPs were not involved in setting their own remuneration.

In its report last month, said that Ipsa recommended MPs’ pay should continue to be linked to the growth in public sector pay, using the figures for October as a benchmark,

That would suggest an increase of around 4% – to be paid from next April – which would take their pay to over £85,000.

Labour leader Sir Keir Starmer has already said that he did not believe the award should go ahead.

Ipsa is due to announce its final decision next month.

Man stopped in attempt to smuggle 74 chameleons past customs

Scientific discovery could aid those affected by deadly heart condition

Family of Keon Lincoln appeal for info on teen's murder

Xi calls for multilateral coordination in face of pandemic

Will Young questions why brother not assessed by psychiatrist before death