Individuals who join IS pose security risk ‘whatever their age’, court hears 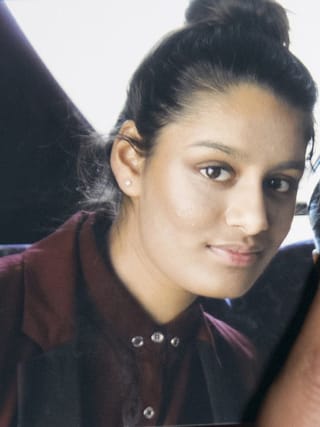 Individuals who went to Syria to join the so-called Islamic State group (IS) pose a “real and serious” risk to national security “whatever sympathy might be generated by the age of the person when they travelled”, the Supreme Court has heard.

Shamima Begum was 15 when she and two other east London schoolgirls travelled to Syria to join IS in February 2015.

Her British citizenship was revoked on national security grounds shortly after she was found, nine months pregnant, in a Syrian refugee camp in February last year.

Ms Begum, now 21 and currently in the al-Roj camp in northern Syria, is challenging the Home Office’s decision to remove her British citizenship and wants to be allowed to return to the UK to pursue her appeal.

In July, the Court of Appeal ruled that “the only way in which she can have a fair and effective appeal is to be permitted to come into the United Kingdom to pursue her appeal”.

However, the Home Office argues that allowing her to return to the UK “would create significant national security risks” and expose the public to “an increased risk of terrorism”.

At a remote hearing on Monday, Sir James Eadie QC told the Supreme Court: “If you force the Secretary of State to facilitate a return to the UK or if you allow the substantive appeal, the effect is to create potentially very serious national security concerns.”

He said of Ms Begum: “She married an IS fighter, lived in Raqqa – the capital of the self-declared caliphate – and remained with them for about four years until 2019, when she left from, in effect, the last pocket of IS territory in Baghuz.”

“Can it be right that a person who has involved themself in terrorism, and is now abroad and subject to restrictions that affect their ability to participate in domestic proceedings, is able to rely on those self-created impediments to insist on return to the jurisdiction to enable them to participate now in such proceedings?

“Can it be right that they should be able to do so if enabling them to do so runs directly contrary to the most effective protection of the public from the risks of harm through terrorism?”

Sir James told the court that even if Ms Begum’s British citizenship was restored it “will not enable Ms Begum to leave the al-Roj camp”, which is controlled by the Syrian Democratic Forces and where conditions are said by her lawyers to be “dire”.

He added: “Ms Begum’s situation in the al-Roj camp is not the consequence of any action on the part of the Secretary of State.

“It is the direct consequence of Ms Begum’s decision to travel to Syria and align with IS.”

Sir James also argued that the logic of Ms Begum’s argument meant that “the more committed and extreme an individual, the more likely it was that they would find themselves in circumstances where they could not fully engage with the appeal process, with the result that it was less likely that the deprivation power could be used against them”.

He said: “That cannot possibly be right.”

Ms Begum’s barrister Lord Pannick QC argued in written submissions that the case against her was “no more than that she travelled to Syria and ‘aligned with IS'”.

He said: “It is not alleged that she fought, trained or participated in any terrorist activities, nor that she had any role within IS.

“It is not said that she has expressed or harbours any ill will against the United Kingdom.”

Lord Pannick argued that the Court of Appeal correctly decided that Ms Begum should be allowed to enter the UK to “pursue a fair and effective appeal”.

He said that, if she is not allowed to return, “the deprivation appeal must be allowed”, adding that in those circumstances there is “no other fair or just step that can be taken”.

Human rights group Liberty has intervened in Ms Begum’s case, also arguing that the Court of Appeal correctly decided Ms Begum should be allowed to return to the UK to pursue her appeal.

Richard Hermer QC said in written submissions that the deprivation of citizenship is “an extremely draconian power” which could expose Ms Begum to “rendition and targeted drone strikes, the consequences of which may be fatal”.

He added: “Additional fair trial considerations arise in deprivation appeals involving individuals who may have been groomed whilst in the UK and recruited by IS.”

The three schoolgirls from Bethnal Green Academy left London shortly after Sharmeena Begum, who is no relation, travelled to Syria in December 2014.

Her third child died in the al-Roj camp in March 2019, shortly after he was born.

The Supreme Court hearing, which is being livestreamed on the court’s website, is due to conclude on Tuesday and it is expected the court will reserve its judgment.