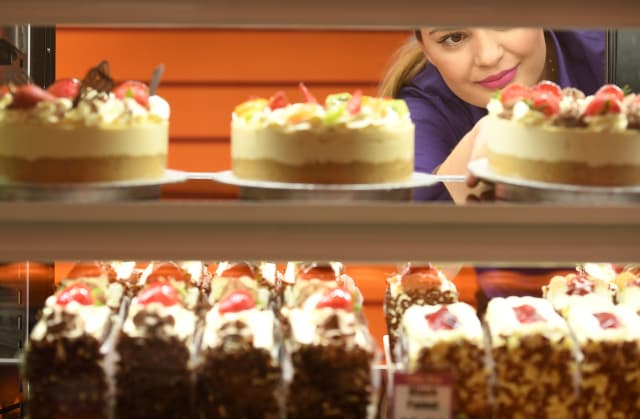 Egg-free cake specialist Cake Box saw profits fall 4% as the national lockdown in March took its toll on the business.

The second national lockdown in England is also slowing growth, the company said, but a dividend was paid out and bosses said they are confident for the future.

Stores are now open – except in shopping centre kiosks – but the damage from earlier in the year saw pre-tax profits for the six months to September 30 fall to £1.66 million compared with £1.74 million during the same period a year ago.

Sales were also down 2% to £8.59 million in the period but bosses are hopeful over new store openings and enjoyed an online boost by offering cakes via Uber Eats, Just Eat and Deliveroo.

Chief executive Sukh Chamdal said: “We have shown considerable resilience during an unprecedented half-year period and have emerged a stronger business for it.

“This is demonstrated by the strength of our trading momentum since reopening the business, with our franchisee like-for-like sales up by 12.1%, including a 51% increase in online franchisee sales, six new franchise stores opened and a record number of new store applications.

“This gives us confidence that the momentum in our national rollout will return to pre-Covid levels.”

He also announced an increase in the interim dividend payment due on December 23 by 15% to 1.85p a share.

A dividend of 3.2p a share was initially scrapped in April due to the uncertainty of the Covid-19 pandemic, but it was reintroduced in October.

Since the second English lockdown, sales have slowed and are now rising at just 2% but the boss is optimistic over new store openings and a new warehouse.

Five new franchise stores were opened during the period – in Staines, Barnsley, Tolworth, Cricklewood and Corby – with 20 due to open during the financial year.

And a new Coventry warehouse and distribution centre is expected to open before the end of March – with sponge production capability – which will provide a back-up for the company’s other production facilities in Enfield and Bradford.