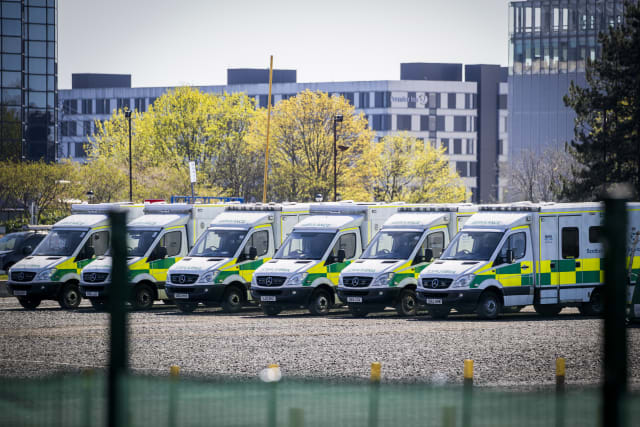 A woman has been taken to hospital with serious injuries after a gas explosion in North Lanarkshire.

Emergency services were alerted to the blast in Cedar Grove in Bargeddie just after 6am on Sunday.

Two appliances from the Scottish Fire and Rescue Service were deployed and extinguished a blaze within the property.

A 39-year-old woman, who police say was suffering from “serious injuries”, was taken to University Hospital Monklands before being transferred to Glasgow Royal Infirmary.

A 43-year-old man was also taken to Monklands before being discharged.

Neighbouring properties were evacuated as a precaution.

A Police Scotland spokeswoman said: “Emergency services were called to Cedar Grove, Bargeddie, around 6.25am on Sunday November 22, following a report of a gas explosion within a property.

“A 39-year-old woman and a 43-year-old man were taken to University Hospital Monklands. The man received treatment and has been discharged.

“The woman has been transferred to Glasgow Royal Infirmary with serious injuries.

“Neighbouring properties have been evacuated as a precaution. Officers remain at the scene.”

A spokeswoman for the fire service told the PA news agency: “Operations control deployed two appliances to the scene, where firefighers extinguished a fire within the property.”

Fire service personnel left the scene just before 8am.