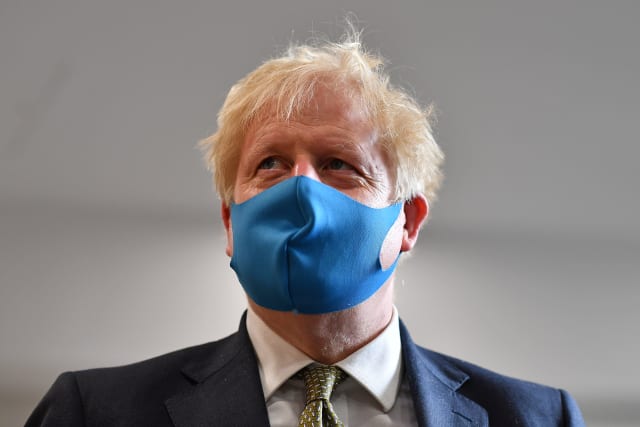 Boris Johnson will pledge major testing testing programmes for all areas forced into the highest level of coronavirus restrictions after the end of England’s national lockdown.

The Prime Minister is to announce on Monday that the communities will get rapid testing with military support under his plans for a strengthened three-tier system to replace the current measures on December 2.

Mr Johnson will hope the potential route out of the severest measures will help convince Conservative MPs and local leaders into backing his “Covid winter plan” amid the potential for a backbench rebellion and wider resistance.

He will detail his plans, including the testing scheme which is an extension of the pilot seen in Liverpool, in a statement to the House of Commons before MPs get a vote on them in the days before they are to be introduced.

Mr Johnson is expected to tell MPs on Monday: “The selflessness of people in following the rules is making a difference. The virus is not spreading nearly as quickly as it would if we were not washing our hands, maintaining social distance, wearing masks and so on.

“And in England, where nationwide measures came into effect at the start of this month, the increase in new cases is flattening off.

“But we are not out of the woods yet. The virus is still present in communities across the country, and remains both far more infectious and far more deadly than seasonal flu.

“But with expansion in testing and vaccines edging closer to deployment, the regional tiered system will help get the virus back under control and keep it there.”

The programme, which will include targeted testing in the highest risk areas, will use lateral flow tests that can produce results in as little as 30 minutes.

Public Health England director Dr Susan Hopkins has said the pilot in Liverpool detected 700 cases that would not otherwise have been traced in the 10-day period.

It is not yet known what areas are destined for Tier 3, with ministers preparing to outline that on Thursday.

But Downing Street has said a greater number of areas are expected to enter the higher tiers in order to preserve the gains against Covid-19 made during the lockdown.

Mr Johnson will also announce a trial of the repeat testing of close contacts of those who test positive for Covid-19 to prevent them from having to isolate.

The contacts will get the opportunity to be tested every day for a week and will not have to quarantine unless they test positive.

Downing Street said the pilot will begin in Liverpool on Monday.

If it is successful, a wider rollout is planned across the NHS and care homes in December before being introduced nationwide from January.

The plans are backed by an extra £7 billion, taking the overall funding given to the test and trace scheme this year to £22 billion, No 10 said.

Additional testing plans include for all staff working in food manufacturing, prisons and the vaccine programme to be offered weekly testing from next month.