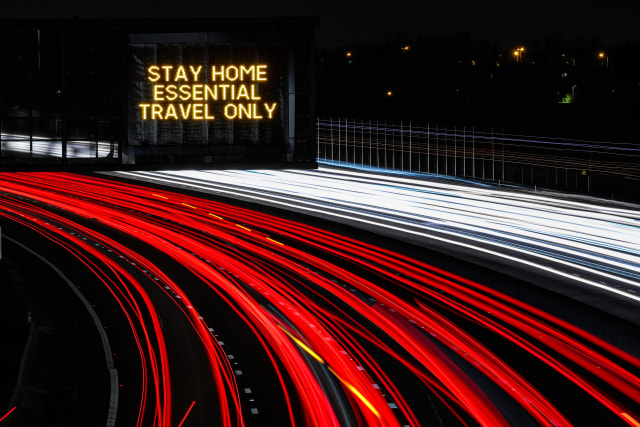 Details of the coronavirus restrictions for England will be revealed by Prime Minister Boris Johnson on Monday.

The winter strategy will enter into force after the current national lockdown finishes on December 2 and will include a strengthened three-tier system of local restrictions.

Here, the PA news agency looks at the key questions surrounding the plans:

– What was the original three tier system?

England was split into three in October in the original tiered strategy, with areas in the first tier – medium alert – subject to the same national measures which were in force at the time across the country including a 10pm curfew for pubs and restaurants and a ban on most gatherings of more than six people.

Under the second tier – high alert – household mixing was banned indoors while the rule of six continued to apply outdoors.

Tier 3 – very high alert – banned social mixing both indoors and in private gardens, while pubs and bars were told to close unless they could operate as a restaurant.

– How will this system be different?

Under the old system, local leaders were to help determine whether venues such as gyms or casinos should be closed in very high alert level areas, and this may change in the new system.

Ministers will announce on Thursday what tier each area will enter.

– How else will the system change?

It is understood pubs and restaurants will be allowed to open later than the 10pm curfew which previously existed.

The plans will mean that while last orders must be called at 10pm, people will get an extra hour to finish their food and drinks, with opening hours to be extended until 11pm.

There are reports suggesting pubs will have to serve a “substantial meal” with any drinks and people must stay within their household groups.

The Government has emphasised that it wants to see England exit its four-week lockdown on December 2.

This is its legal endpoint, with any extension requiring a vote in Parliament.

But what comes next will depend on a review of Covid-19 case data to assess if the lockdown has had an effect.

– Is the vote on the Covid Winter Plan a done deal?

Not entirely – the Prime Minister will be wary of a rebellion from backbench Tory MPs who are opposed to new restrictions.

– How long will the new system last?

The Government is optimistic that restrictions can be gradually reduced in the run up to spring, providing vaccines are approved by regulators, allowing a plan for the rollout to begin next month before a wider programme in the new year.

But with no vaccines having been approved it is still not clear exactly when the rollout will be able to begin.

– What is expected over Christmas?

Several households – potentially three – could be allowed to create a bubble temporarily between December 22 and 28, with the plans covering all four nations of the UK, according to The Daily Telegraph.

Restrictions on church services are also due to be lifted allowing Christmas Day services to be held, the paper said.

But while plans have not yet been set out, ministers have made clear that the festive season will be different to normal.