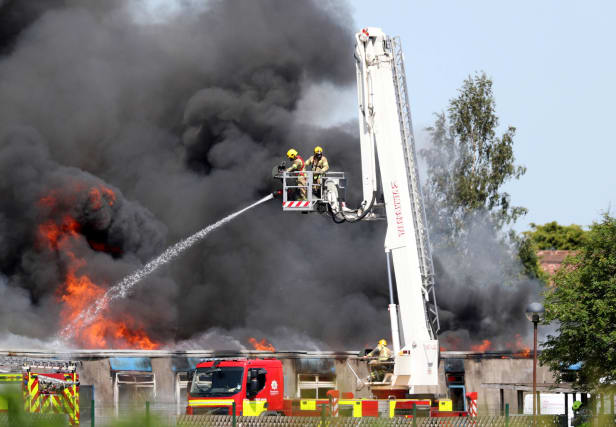 Chemicals emitted during a fire pose serious health risks to firefighters, according to “ground-breaking” new research.

The Fire Brigades Union (FBU) said a study it commissioned provided more evidence of an increased risk of firefighters developing cancer and other diseases following exposure to toxic fire effluents.

The research, by the University of Central Lancashire, included testing at 18 fire stations and a survey of more than 10,000 firefighters.

The report said indoor air testing highlighted that firefighters are being exposed to high levels of toxic contaminants during and after a fire, as cancer-causing chemicals remain on PPE clothing and equipment.

Around 4% of survey respondents had been diagnosed with cancer, with more than half under the age of 50 and a fifth under 40, said the FBU.

Those diagnosed had various forms of cancer, such as skin cancer, testicular cancer, head and neck cancer and Non-Hodgkin’s lymphoma.

Matt Wrack, FBU general secretary, said: “Firefighters risk their lives every day to keep their communities safe, but it’s clear that the risk to their health doesn’t stop when the fire has been extinguished.

“Sadly we often see serving and former firefighters suffer from cancer and other illnesses. Every firefighter knows the fear that, someday, they and their family could receive the devastating news, but we’re determined to do all we can to reduce the risk of firefighters developing these terrible diseases as a result of their job.

“There are some hard truths for fire and rescue services in this report and far more needs to be done to protect firefighters from cancer and other illnesses.

“This research is a crucial first step to definitively proving the link between firefighting, toxic contaminants and cancer in the UK.”

Anna Stec, Professor in fire chemistry and toxicity at the University of Central Lancashire, said: “This report highlights some of the risks and sources of contamination that firefighters are exposed to on a regular basis, and how these can be controlled.

“We hope that this guidance will be adopted and used by the fire sector across UK and beyond so the overall exposure of firefighters and their families is reduced.”