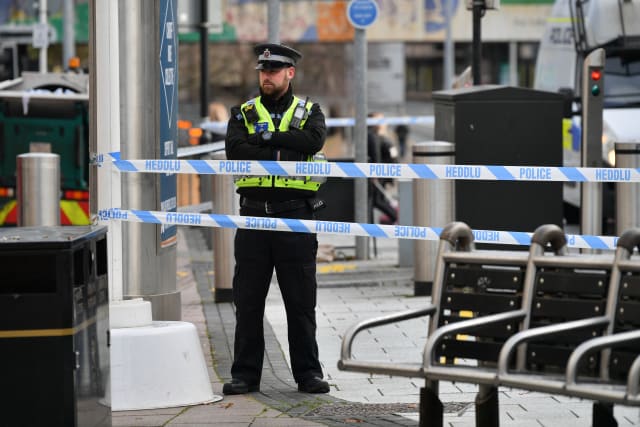 Six people have been taken to hospital after violent disorder in Cardiff city centre.

One victim is in a serious condition with head injuries and three people are believed to have been stabbed, South Wales Police said.

Two others were also injured and all the victims are being treated at the University Hospital of Wales.

The force received multiple reports of a “large disturbance” on Queen Street at around 9.50pm on Saturday and two people have been arrested on suspicion of violent disorder and are currently in custody in Cardiff Bay.

Anyone with information is asked to call police on 101 or Crimestoppers anonymously on 0800 555 111.