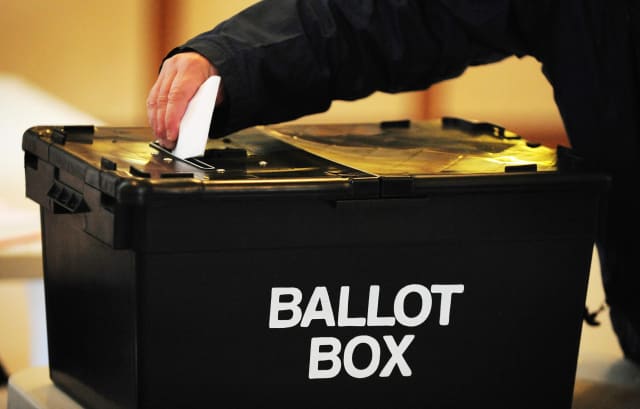 The Scottish Tories have held onto a council seat in Clackmannanshire.

Clackmannanshire East will remain with the Tories after candidate Denis Coyne won 51% of the vote, an increase of almost 10 percentage points from the previous election.

Due to be held in March, the poll was rescheduled after the start of the coronavirus pandemic in Scotland and held on Thursday.

The Labour Party saw their vote share drop by about 12 percentage points to 8.1%, compared to the previous election for the seat, and the Greens and Lib Dems finished on 5.8% and 2.9% respectively.

Scottish Tory leader Douglas Ross heralded Mr Coyne’s win, saying he will be a “great councillor” for the area.

He added: “With the Scottish Conservatives securing over half the vote, this is further evidence that we are the only party with the strength to stand up to the SNP.

“Voters are deserting Scottish Labour in their droves and know they are simply too weak to take on the SNP.”

Looking ahead to next year’s Holyrood elections, Mr Ross said: “Voters will have an opportunity to back an alternative vision under the Scottish Conservatives and move Scotland on from the divisions of the past.”

The win comes ahead of the Scottish Tory conference this weekend, with Mr Ross hoping the party faithful would celebrate the win rather than focusing on recent comments from the Prime Minister, who described devolution as a “disaster”.

The Scottish Tory leader told Good Morning Scotland: “It would have been really nice to see all the delegates celebrating our big win in the Clackmannanshire East by-election yesterday when the Conservative vote was up 10% on the last election, so there’s a lot of positives as well out there.”