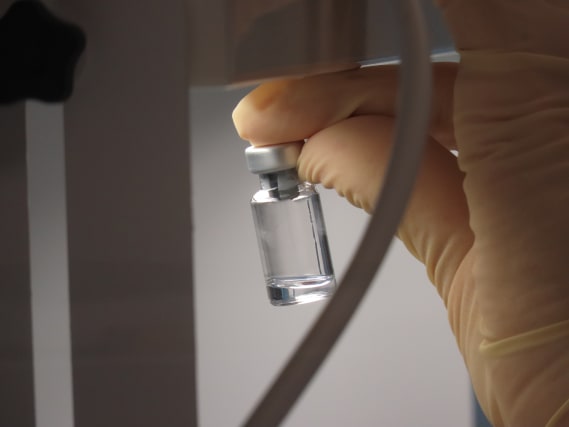 European stock markets made small gains on Friday as Pfizer said that it was applying for emergency approval for its new vaccine.

It means that London’s top index has only gained around 35 points since last Friday despite news that there are three Covid-19 vaccines making good progress.

But the end of the week hides a strong showing earlier. After Moderna revealed that its vaccine was 95% efficient in preventing Covid-19, the index briefly rose above 6,450 points on Tuesday.

“It has been a lacklustre session when compared with the volatility witnessed in the first half of the week,” CMC Markets analyst David Madden said on Friday.

Earlier in the Pfizer said that it had asked the US Food and Drug Administration for fast-tracked approval of its new vaccine, which results should could also be 95% effective.

“In light of the vaccine stories, it feels like stocks could be in limbo for a while until we find out about the vaccine situation – in either direction.

“Seeing as a lot of progress has been made with respect to coronavirus drugs, it seems like a floor has been put in place under equity benchmarks now but that could all change should the drug story get derailed.”

Europe’s traders seemed to have escaped the problems that were hurting their US cousins. The Dow Jones and the S&P 500 were both down, by 0.5% and 0.3% respectively, just after markets closed in London.

For the FTSE 100, Sage Group was the big spoilsport of the day, helping to pull the index down as its shares lost 13.4% of their value.

The software giant took a £17 million provision for bad debt because of the pandemic and reported a nearly 4% drop in operating profit on Friday.

Shares in Centrica dropped by 1.1% after union members at its subsidiary British Gas prepared to vote on whether they should go out on strike over Christmas.

Unions accuse the energy supplier of threatening to fire and rehire 20,000 workers to force them to accept changes to pay and conditions.