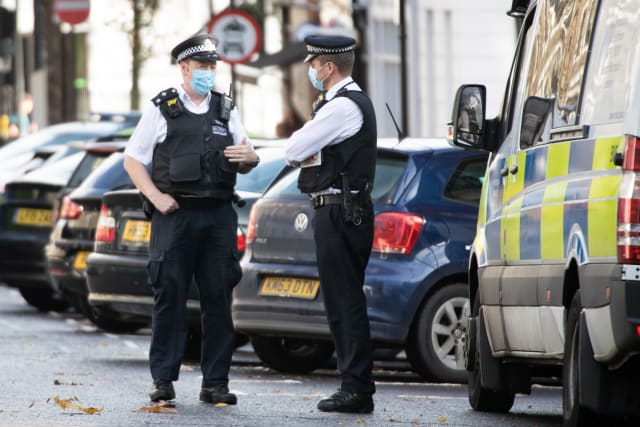 Campaigners have called on police forces to review fines issued for breaking coronavirus laws, claiming they are discriminatory.

Human rights groups Liberty and Big Brother Watch have written legal letters to the chief constables of 10 police forces in England and Wales which they claim have the “worst record of discrimination” under lockdown powers, calling for fines to be reviewed to ensure they comply with equality laws.

In the latest wave of the campaign calling for a review of fines, the human rights groups are now also calling on forces who have issued £10,000 fines to look at these again.

It comes after police forces returned to handing out the so-called super fines to those who break lockdown rules on gatherings – less than a week after they were told to stop using them.

The £10,000 levies were suspended last Friday when police chiefs flagged the potential disparity in punishment between those who accept the fixed penalty notice (FPN) and those who challenged them in court.

The National Police Chiefs’ Council (NPCC) warned the Home Office that when FPNs go before magistrates they are means-tested, meaning the recipient’s ability to pay is taken into account.

It means that those who fight the case can potentially pay significantly less than those who accept the FPN and agree to hand over the full amount within 28 days.

Within hours of concerns about the change in policy being raised by senior police chiefs, forces were told the fines could be handed out again the next day.

Grey Collier, advocacy director at Liberty, said: “This pandemic has been extremely hard for all of us, but for some there’s been the added threat of being criminalised and slapped with severe financial penalties, some of which have been given unlawfully.

“By prioritising criminal justice over public health, the Government laid the foundations for overzealous policing that fell hardest and most unfairly on people of colour.

“The Government and police must learn from the mistakes of the first lockdown. If they don’t, whatever goodwill remains will be diminished.

“The starting point must be on reviewing the fines already issued. We then need a pandemic strategy that protect rights, builds trust and serves to keep us all safe.”

Silkie Carlo, director of Big Brother Watch, added: “It’s no surprise that many police forces have already been forced to withdraw fines, given the significant and sustained confusion across the country as to what the rules actually are.

“As we face a winter of lockdowns, it’s more vital than ever that police forces urgently review the vast number of fines that have been issued.”

The NPCC and the forces in question have been contacted for comment.

Derbyshire Constabulary said it had not issued any £10,000 fines.