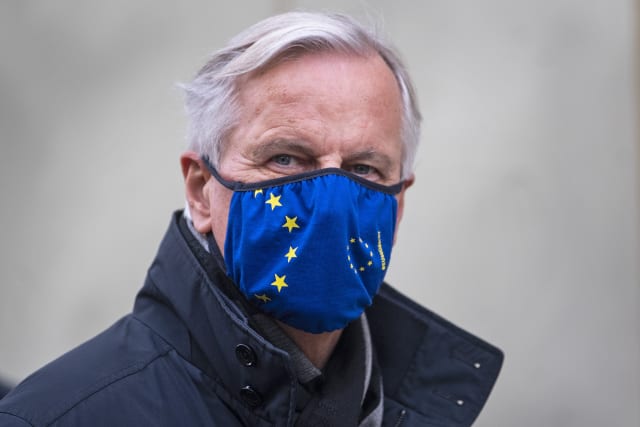 One of the European Union negotiators working on a post-Brexit trade deal has tested positive for coronavirus, leading to a suspension in the talks.

The two sides have been meeting in Brussels with time running out to reach a deal before the Brexit transition arrangements expire at the end of the year.

Mr Barnier and his UK counterpart Lord Frost have been taking part in an intensified negotiating process in an effort to reach a deal which can be ratified by the end of the year, and any further delays could complicate matters.

Mr Barnier said that, together with Lord Frost, "we have decided to suspend the negotiations at our level for a short period".

"The teams will continue their work in full respect of guidelines," he added.

Lord Frost said he was in "close contact" with Mr Barnier about the situation.

"The health of our teams comes first," he said and thanked the European Commission for their help and support.

UK officials in Brussels are working with the EU to discuss what will happen next.

It was unclear whether members of the negotiating team will have to self-isolate.