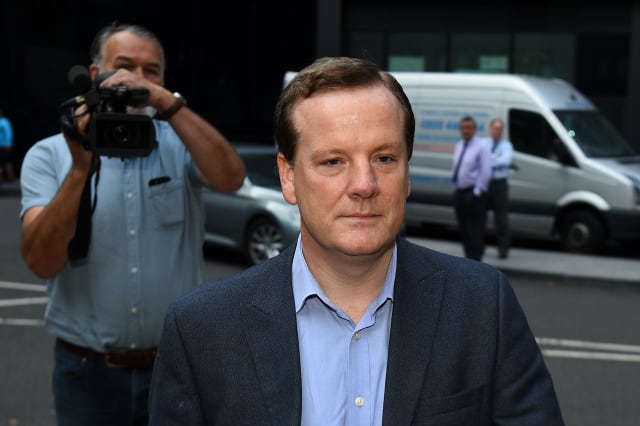 Four Tory MPs and a peer who gave a disgraced former colleague character references for his court case have written to senior judges calling for them not to release the statements of others.

The five politicians have opted to publish their own testimonies in order to publicly challenge a media request for all the character references submitted during the case of former Dover MP Charlie Elphicke to be released.

Elphicke was described by a judge as a “sexual predator” who “told a pack of lies” when he was jailed in September for two years for sexually assaulting two women, nearly a decade apart.

Mrs Justice Whipple took into account a series of character references before issuing the 49-year-old’s sentence at Southwark Crown Court and the Guardian newspaper, according to a spokesman for the Tory figures involved, has requested sight of the letters.

In a letter to judges, signed also by Elphicke’s wife Natalie – who succeeded her husband as MP for Dover at the last election and has split with the father of her two children – the politicians said supporting the newspaper’s request would “cause harm and distress”.

They said: “We understand that the judge in Mr Elphicke’s case will soon be considering whether to release the references provided in his case to the media.

“This would involve a radical change of approach by the courts and we believe it would cause harm and distress to the people who have given assistance to the court by providing character references.

“We are concerned that ordering publication of references will deter members of the public from providing them in future cases because they fear being made the subject of vilification in the media or in social media.”

The letter was sent to Dame Kathryn Thirlwall, senior presiding judge for England and Wales, and Dame Victoria Sharp, president of the Queen’s Bench Division.

Meanwhile, Colonel Stewart on Thursday used Commons business questions to ask for a debate in Parliament on the Guardian’s court submission, although he did not reference Elphicke’s case specifically.

Commons Leader Jacob Rees-Mogg called the move “concerning”, adding: “If people have, in a generality, given evidence to a trial on the understanding that is confidential, it risks people not being willing to give such evidence in future if what is believed to be confidential turns out not to be.”