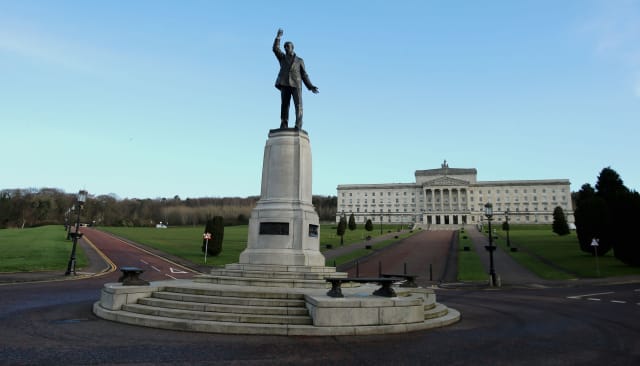 Ministers in Northern Ireland have agreed to extend pandemic restrictions on hospitality for two weeks from November 27.

Health minister Robin Swann warned that more interventions were necessary before the end of this month to curb the spread of coronavirus.

His ultimatum to Stormont colleagues stated that if they did not take action, a full lockdown in mid-December would not be enough to prevent hospital services from being overwhelmed.

Close-contact services, coffee shops and cafes had been set to reopen this Friday.

Restrictions on pubs, restaurants and hotels were to expire next Thursday.

So far they have only advised against “unnecessary travel”.

Northern Ireland’s two largest parties, the DUP and Sinn Fein, have been at loggerheads recently over how quickly to reopen the economy.

The unionist party had spoken out against more restrictions on hospitality.

Meanwhile, Northern Ireland is expected to receive up to 4.3 million doses of two coronavirus vaccines once they receive official authorisation, the Department of Health has said.

The country will take 2.85% of the total amount that eventually becomes available to the UK – in line with the formula dividing resources.

The department added: “Currently two of the leading vaccines, Pfizer and AstraZeneca, have completed their final phase three trials and will now be seeking authorisation from the MHRA (Medicines and Healthcare products Regulatory Agency).

“Both of these vaccines may therefore be authorised and available for use in the UK by the end of December.

“In addition to the 1.5 million doses of the Pfizer vaccine, Northern Ireland is also expected to receive up to 2,850,000 doses of the AstraZeneca vaccine.”

Another 487 people have tested positive for Covid-19 in Northern Ireland, the Department of Health said.

A total of 3,401 cases have been diagnosed over the last seven days.

Another 12 deaths were reported, the department’s daily update showed.