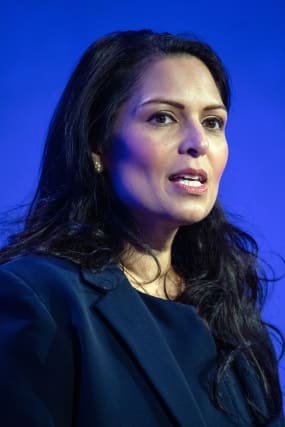 A long-awaited investigation into allegations of bullying by Priti Patel must be published without delay, Labour has demanded as it labelled reports that the Home Secretary will be issued with a warning as “incredibly serious”.

The Financial Times said that the probe would be concluded “imminently” but that Boris Johnson would only issue Ms Patel with a written warning, rather than dismissing her from the Cabinet.

Citing unnamed Whitehall officials, the paper said the Prime Minister was intending to “fudge” the outcome of the report which has “robust criticisms” of Ms Patel’s behaviour.

Shadow home secretary Nick Thomas-Symonds said: “Reports that the Home Secretary is to receive a written warning for conduct in government are incredibly serious.

“The role of Home Secretary comes with huge levels of responsibility and trust. It is now vital that the full report is published without delay, so the public can have full confidence in the decision-making process.”

Downing Street did not immediately respond to requests to comment on the reports.

A Cabinet Office investigation was launched in March over allegations that Ms Patel belittled colleagues and clashed with senior officials in three different departments, but the result of the probe has yet to be revealed.

Sir Philip Rutnam, who was the Home Office’s permanent secretary, quit earlier this year, accusing Ms Patel of a “vicious and orchestrated briefing campaign” against him and is claiming constructive dismissal at an employment tribunal.

Earlier this week the former head of the civil service Lord Sedwill told MPs the investigation was now “with” the Prime Minister.