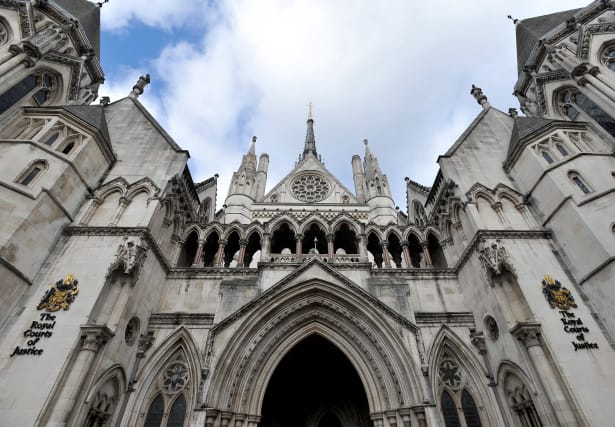 A “failure” to introduce “adequate” measures to protect care home residents from the “ravages” of Covid-19 is “one of the most egregious and devastating policy failures of recent times”,  the High Court has been told.

Dr Cathy Gardner is pursuing a legal challenge against the Government and others over decisions and measures taken in relation to care homes during the coronavirus pandemic.

She claims certain key policies and decisions led to a “shocking death toll” of care home residents – which she puts at more than 20,000 people between March and June – particularly an alleged policy of discharging patients from hospital into care homes without testing and suitable isolation arrangements.

Dr Gardner, who is bringing her case with another individual, Fay Harris, alleges the measures breached human rights and equality laws.

Her father, Michael Gibson, died in an Oxfordshire care home on April 3 after it readmitted without Covid testing a former resident who had been in hospital. Mr Gibson’s death was recorded as “probable Covid”, according to documents before the court.

Ms Harris’s father “died of Covid” after his care home accepted hospital discharges of patients who may have been infected with the virus, it adds.

At a remote hearing on Thursday, lawyers for Dr Gardner asked Mr Justice Linden to grant permission for a full hearing of her challenge.

The Government and others oppose the challenge and ask the judge to dismiss the case.

In written documents before the court, Jason Coppel QC alleged: “Between March and June 2020, more than 20,000 vulnerable care home residents in England and Wales, including the fathers of both of the claimants, died from Covid-19.

“The defendants’ failure to implement timely, adequate measures to protect vulnerable care home residents from the ravages of Covid represents one of the most egregious and devastating policy failures of recent times.”

He said: “This claim is a legal challenge to certain key policies and decisions of the defendants which led to the shocking death toll, notably the policy of discharging patients from hospital into care homes without Covid testing and without ensuring that suitable isolation arrangements were in place.”

Mr Coppel argued these proceedings raise legal issues of “substantial public importance and interest regarding the duties owed by the State to a particularly vulnerable, and in significant respects marginalised, constituency, namely vulnerable care home residents.”

He claimed: “The defendants implemented policies which exposed vulnerable care home residents, including the claimants’ fathers, to the risk of death or serious illness from Covid.

“In particular, during March 2020 the defendants formulated and applied a national policy of discharging patients from hospitals directly into care homes, without Covid testing or quarantine arrangements being applied and in circumstances where care homes lacked suitable infection control regimes including personal protective equipment (PPE).

“This, inevitably, resulted in the transferred patients seeding Covid infection within the vulnerable care home populations into which they were transferred.”

The legal action is being brought by Dr Gardner and Ms Harris against the Department for Health and Social Care (DHSC) and NHS England.

At Thursday’s hearing, Sir James Eadie QC, barrister for the Government, said the challenge was “unarguable”.

He said that in the early weeks of the pandemic, the focus was on ensuring the NHS was not overwhelmed and “that means at the sharpest point that was ensuring capacity in intensive care units to deal with the most severely affected cases”.

This was important for older people as they were particularly at risk of the virus, Sir James said, and there was “no question of protecting the NHS at the expense of older people”.

He noted that in the early days of the pandemic, the virus was new, and information and understanding about it, how it was transmitted, the symptoms and effects was developing, with steps needing to be taken to protect the population.

He said the aim of a “discharge requirement” introduced in March was “to ensure those who were medically fit to be discharged were being discharged to avoid that overwhelming”.

This involved returning people from hospital to their homes, including care homes if that was where they lived.

He added it was moving people from an environment where space was being “freed up to take the worst affected cases, those nearest death’s door”.

Sir James argued this measure was also taking people “out of an environment where, on any sensible view, it could be said they were at greater transmission risk”.

“It is wrong to suggest it was being done without a care for the risk in care homes,” he said.

“These risks were being subjected to continuing care and consideration.”

Sir James also claimed that care homes had already been given guidance about safeguarding at that point, including around issues such as isolation.

Dr Gardner is pursuing her case on the grounds that the defendants breached duties under the European Convention on Human Rights (ECHR), including the right to life and protection from discrimination.