Douglas Stuart: From Sighthill to the 2020 Booker Prize win 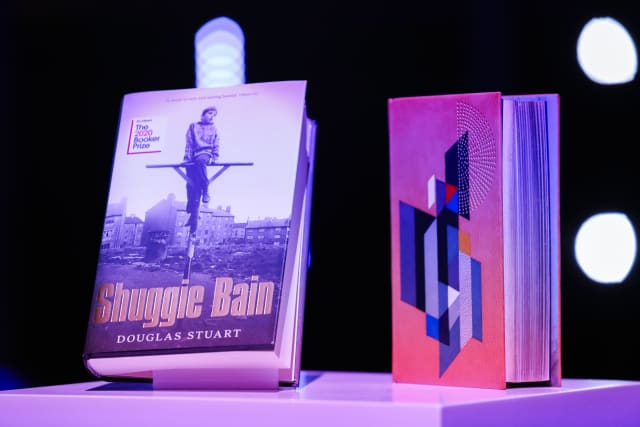 Despite winning the 2020 Booker Prize with his debut novel, Douglas Stuart is no stranger to published work.

It may have taken the Glasgow-born author a decade to write Shuggie Bain, but it is one of several short stories and essays published this year, with Stuart now working on his second novel.

He was born in 1976 in Sighthill, which has been part of a regeneration project that is continuing in a bid to transform the area Stuart once knew and has written about.

Raised in the city during the 1970s and 1980s he also faced the death of his mother from alcoholism when he was aged 16.

Stuart then moved to London to study at the Royal College of Art – receiving an MA – before moving to New York in the year 2000 aged 24.

There he started a career in fashion design and worked for brands including Calvin Klein, Ralph Lauren and Gap.

But Stuart credits the 1994 Booker winner – How Late It Was, How Late by James Kelman – for changing his life, having had the chance to see his Scottish dialect and people on a page.

Work on a novel may have taken its time but in January this year his short story Found Wanting featured in The New Yorker magazine, who also published another work titled The Englishman.

The work was a response to “the Glasgow effect” term which recognises the low life expectancy and poor health of the city’s residents compared to other parts of the country and Europe.

In the essay he offers “some absolute masterpieces of the written word”, including Kelman’s novel, which he came across in the years after growing up “in a house without books” – a scenario he admits “was not unusual for the time or the place”.

Based on the author’s life, the debut follows its titular character who holds out hope in a “dying” city despite his own problems, while his mother Agnes increasingly turns to alcohol for comfort.

The judges described it as “an amazingly intimate, gripping portrait of addiction, courage and love” and “a desperately sad, but almost-hopeful examination of family and the destructive powers of desire”.

His second novel, Loch Awe, will also be set in Glasgow, but until that is finished and published, his debut work will no doubt gain growing readership following the award win.