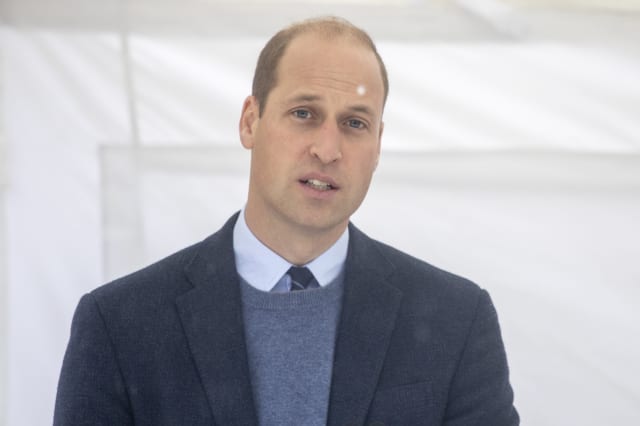 The Duke of Cambridge has tentatively welcomed an investigation into the BBC's Panorama interview with his mother, saying it "should help establish the truth behind the actions" that led to the programme.

William said the independent probe into Martin Bashir's controversial television appearance with Diana, Princess of Wales in 1995 was a "step in the right direction".

The BBC has appointed Lord Dyson, former Master of the Rolls, to lead the investigation, which will begin straight away and seek to discover what steps the broadcaster and Bashir took to land the interview.

Second in line to the throne William said: "The independent investigation is a step in the right direction.

"It should help establish the truth behind the actions that led to the Panorama interview and subsequent decisions taken by those in the BBC at the time."

The investigation comes after allegations by Diana's brother Earl Spencer that he was shown "false bank statements" by Bashir and that these statements were used to help the reporter gain access to the princess.

The result was the explosive interview 25 years ago in which Diana famously said: "Well, there were three of us in this marriage, so it was a bit crowded."

The BBC has claimed Diana had written a note saying she did not see the false bank statements and that they played no part in her decision to give the interview.

The investigation will consider if the steps taken by the BBC and Bashir were appropriate and to what extent those actions influenced Diana's decision to give an interview.

It will also investigate what knowledge the BBC had in 1995 and 1996 of "mocked up bank statements purporting to show payments to a former employee of Earl Spencer (and) the purported payments to members of the Royal Households", the corporation said.

The graphic designer who mocked up the documents allegedly used to secure the interview has said he was made "the fall guy" by the BBC, and called on the broadcaster to apologise.

Bashir, who is now religion editor at the BBC, is currently signed off from work.

A statement from the corporation said: "He is currently recovering from quadruple heart bypass surgery and has significant complications from having contracted Covid-19 earlier in the year."

The princess sent shockwaves through the monarchy after the interview, which included candid details about her marriage and the Prince of Wales's rumoured relationship with Camilla Parker Bowles, his now wife.

Tim Davie, director-general of the BBC, said: "The BBC is determined to get to the truth about these events and that is why we have commissioned an independent investigation.

"Formerly Master of the Rolls and a Justice of the Supreme Court, Lord Dyson is an eminent and highly respected figure who will lead a thorough process."

Lord Dyson said: "This is an important investigation which I will start straight away. I will ensure it is both thorough and fair."

The BBC will publish the report of this investigation at its conclusion.