Test and Trace ‘confusion’ leading some users to call contacts themselves 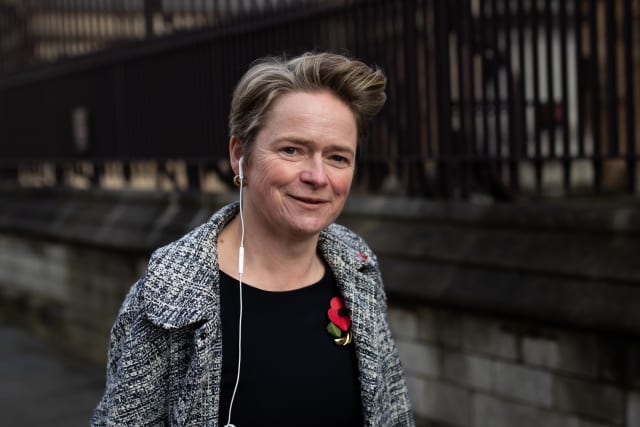 Coronavirus patients have decried continued “confusion” with NHS Test and Trace, with some taking it upon themselves to inform their loved ones to self-isolate after the system failed to alert them.

The complaints come after Baroness Dido Harding, who leads the NHS Test and Trace programme, revealed she is self-isolating after receiving an alert from the service she runs.

Paul Waterman, from Hull, East Yorkshire, tested positive for Covid-19 on November 13, inputting the result into his app the same day.

The technology uses Bluetooth on smartphones to keep an anonymous log of other app users that an individual comes into contact with, and is meant to inform them if they have been near someone who tests positive for the virus.

However five days later, Mr Waterman’s partner’s app had still not updated to ask her to self-isolate, despite the fact she lives with him and both had Bluetooth connectivity switched on.

Mr Waterman, 41, started displaying symptoms on November 11 and was tested two days later as his condition deteriorated, with a high temperature and tight chest.

He was informed the test was positive the next day and told NHS Track and Trace would be in touch with him.

After hearing no word from tracers 24 hours later, Mr Waterman decided to call those he had been in contact with himself.

Afterwards Mr Waterman input his test result onto the separate NHS contact tracing website later that day, and it was only after this that his contacts heard from NHS Test and Trace – first via text and then a call two days later.

Mr Waterman’s partner was called on Tuesday and, after she chased them on that call, he received his own at 5pm that day – three days after his positive result.

“I then went through my timeline of events … and was told that I could go outside on (November) 20,” Mr Waterman told the PA news agency.

“This date contradicted the world-beating app, which indicates November 24, but I was told they didn’t know why my app would say that.

“The confusion of different information when you’re ill with Covid is too hard to understand, when all you want to do is rest … I have been very poorly and I’m trying to protect my family.”

Another user, who preferred not to share their name, also from Hull, said her father received a positive coronavirus test but her mother’s app had still not been updated to tell her to isolate – despite the two living together.

On the other hand, the daughter’s own app told her to self-isolate for 10 days within an hour of her father receiving a positive result.

But nearly a week later she received a text telling her to isolate for 14 days.

“Having not left the house for nearly a week and a half I was very confused,” she said.

“Turns out it’s just a massive delay on the text as once I’d filled in the questionnaire it did say I can leave my house on Saturday (the same as the app). But it was also confusing as to why it says 14 days and my app only said 10 days.”

“When it does work it’s good – but there are so many errors with it … there’s no wonder we’ve had to go into a second lockdown,” she added.

“Definitely not a world-beating system!”

PA found many other examples of social media users across the UK making similar complaints about the Test and Trace system.

Government data suggests traces are continuing to struggle to reach much more than 60% of the close contacts of people who test positive.

Last week was the fourth week in a row the figure has been around 60%, having dropped from 77.2% during the week ending September 16.

Lady Harding, however, defended the service, saying Test and Trace on its own was not a “silver bullet” to hold back the spread of coronavirus.

The Department of Health has been contacted for a response to the users’ claims but had not received a response before publication.