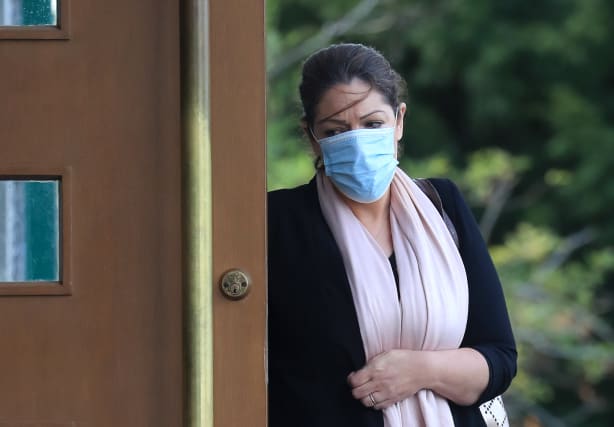 A mum faked having cancer and raked in more than £45,000 in donations from well-wishers which she splurged on shopping trips and a box at Spurs, a court heard.

Nicole Elkabbas is accused of using a GoFundMe page – complete with a picture of her lying in a hospital bed – in a “scheme designed to trick and to con”.

She spoke about her ovarian cancer diagnosis, subsequent surgery and round after round of gruelling chemotherapy in what prosecutors say were “detailed lies”.

The money, it is alleged, was instead used to fund shopping excursions, trips to Barcelona and Rome, and gambling, as well as a box at Tottenham Hotspur football.

Elkabbas, 42, of Edge End Road in Broadstairs, Kent, is appearing at Canterbury Crown Court for trial charged with fraud and possession of criminal property.

She denies the offences and her defence has argued that she believed she had cancer, which runs in her family.

“It was a scheme designed to trick and to con, and she knew it. So she lied about the major surgery, lied about six cycles of chemotherapy, lied about this wonderdrug, the breakthrough drug.

“She tricked people who gave her money and then she frittered it away.”

Mr Irwin said an “obvious lie” was built around the photo of Elkabbas in hospital that was uploaded to the fundraising page.

“There she is lying in her hospital bed – what’s that telling the person who looks at this?

“It was deliberately intended. It was staged to convince people that she was seriously unwell.

“Why would someone do such a thing… knowing full well that that was not a true reflection of the state of her health?”

More than 600 people donated to her GoFundMe page, reaching a total sum of £45,050, the prosecution say.

The fraud charge relates to a period between February and August 2018.

Oliver Kirk, defending Elkabbas, told jurors that she is a “vulnerable” woman who has a genetic predispotion to ovarian cancer and has had cancer in her family.

He said: “You will know from your own experiences (that) fear makes us act in pretty unusual ways.

“This was a case of one woman’s fear of cancer and leaving a son without his mother.”