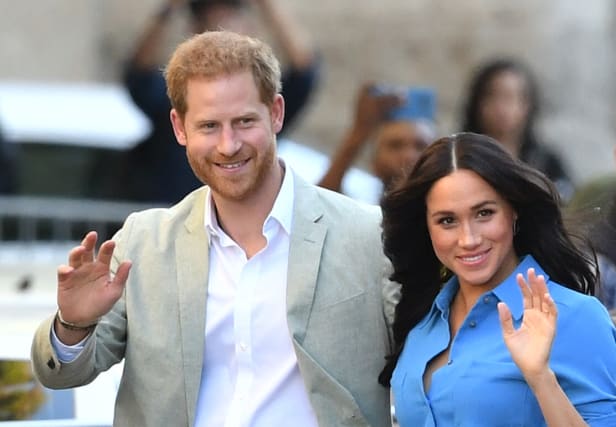 Thomas Markle’s “thoughts and feelings” about a letter sent to him by his daughter, the Duchess of Sussex, are a “relatively minor” part of her privacy claim against a British newspaper, a High Court judge has said.

In a ruling published on Wednesday, Mr Justice Warby also said Mr Markle had “quite rightly” not been told the confidential reason for his daughter’s successful bid to adjourn the trial to autumn next year.

Meghan, 39, is suing Associated Newspapers Ltd (ANL), publisher of the Mail on Sunday and MailOnline, over an article which reproduced parts of a handwritten letter sent to 76-year-old Mr Markle in August 2018.

At a hearing in London in October, Mr Justice Warby agreed to adjourn the trial – which was due to start on January 11 next year – until next autumn after hearing from lawyers for both parties in a private hearing.

The judge said the private hearing was necessary to protect “the confidentiality of the information relied on” by Meghan in her application to postpone the trial.

In a heavily redacted two-page judgment published on Wednesday, Mr Justice Warby gave further information on agreeing to the adjournment.

He did not give details of the duchess’s reasons for applying for the delay, saying his ruling “will not set out much in the way of details of the application, the private and confidential information, or the evidence about it”.

It is “unnecessary and undesirable” to do so, the judge said.

The ruling notes that Mr Markle has been identified as a potential witness for ANL.

Mr Justice Warby concludes that Mr Markle’s “subjective thoughts and feelings do seem to be, on any objective view, a relatively minor aspect of the case overall”.

“It is not suggested that Mr Markle’s evidence on those topics is an essential component of the defence case,” the ruling says.

“More importantly… there is no suggestion that Mr Markle would not be available to give evidence later next year. There is, in particular, no medical evidence suggesting that a delay would make his availability less likely.

“The evidence before me included not only an account of Mr Markle’s situation and health but also an account of his views and feelings about a possible delay to the trial. But it was not suggested that his feelings on that matter should guide my decision.”

Mr Markle “has (quite rightly) not been told of the confidential basis for the adjournment application”, it adds.

The ruling notes Mr Markle has said he would prefer an early trial because “he is finding the process stressful”, adding he is “elderly and not in the best of health”.

Mr Justice Warby says ANL has described Mr Markle as an “important witness”, but he “had wondered quite how important Mr Markle’s evidence really was to the defence case”.

“It was not immediately obvious to me why he was considered important,” his ruling says.

The judgment says Antony White QC, counsel for ANL, had argued there were two reasons why Mr Markle’s evidence was important.

Firstly, because the duchess “had chosen to plead that a number of allegations in the articles, reflecting Mr Markle’s version of events, are false”, and secondly, that Mr Markle’s right to freedom of expression under human rights laws “require consideration so that ‘his reasons for bringing the letter to the paper and seeking to have it published’ are of importance”.

Mr Justice Warby says it seems ANL’s position is “Mr Markle’s reaction to the People article, the inferences he drew, and his feelings about these matters” are “relevant” to an assessment of the balance between the right to freedom of expression and the right to privacy.

In a witness statement before the court in October, ANL’s group editorial legal director Liz Hartley said she had spoken to Mr Markle and provided a summary of what he told her.

She said Mr Markle had contacted a Mail on Sunday journalist because he “considered that he had a right to tell his side of the story following publication of what he considered to be a misleading article in People magazine”.

She added: “He continues to feel that he has been misrepresented and that the claimant should not be pursuing this claim.

“He is anxious that he should have his day in court so that he can tell the truth in public, have his evidence tested under cross-examination and defend himself against the suggestion that he breached the claimant’s privacy without any reasonable justification.”

The court is due to hear an application for summary judgment – a legal step which would see the case resolved without a trial – in January when Meghan’s lawyers will argue that ANL’s defence has no prospect of succeeding at a trial.

ANL denies the allegations, particularly the duchess’s claim that the letter was edited in any way that changed its meaning, and says it will contest the case.

Meghan is suing Associated Newspapers over five articles, two in the Mail on Sunday and three on MailOnline, which were published in February 2019.