London cabbie says job is ‘completely different’ due to coronavirus 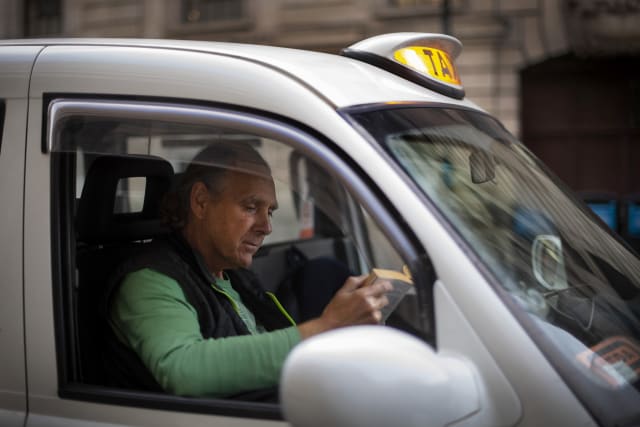 A London taxi driver has said it is a “completely different job” because of the coronavirus pandemic.

Andy Biggs, 63, told the PA news agency his takings are around 20% of normal as demand “fell off a cliff” when England’s second national lockdown was introduced on November 5.

Hailing cabs from the side of the road has “evaporated”, he said.

“When we first went back after the initial lockdown, things started to get a little bit better, very slowly. But now it’s as dead as it’s ever been,” he added.

Mr Biggs said that as well as creating financial difficulties, the collapse in demand is a mental struggle.

“This is a very gregarious job, generally. I like talking to people, meeting people, hearing people’s stories.

“That’s kind of gone now because you can go a whole day with only three people in your cab, if you’re lucky. It’s a completely different job.”

Mr Biggs became a cabbie 10 years ago to allow him to work flexible hours, following a sailing career as a commercial skipper.

He believes he is “too old” to stop.

“I don’t want to do anything else. I’ll just manage, and hope for better times.

“If I was 20 years younger I might consider doing something else.”

He added that being a taxi driver has always relied on luck, but now “you really need the cab gods shining down on you”.

Howard Taylor, who has been a cab driver in the capital for more than three decades, said he goes to work with “no expectation at all” of being hailed for a ride.

Mr Taylor, 60, said he had three customers in five hours on Tuesday. That earned him a total of £30, but his costs mean he made a loss on the day.

“I try to be optimistic and think, if you don’t go out to work you’re never going to take any money.

“To win the lottery you’ve got to buy a ticket.”