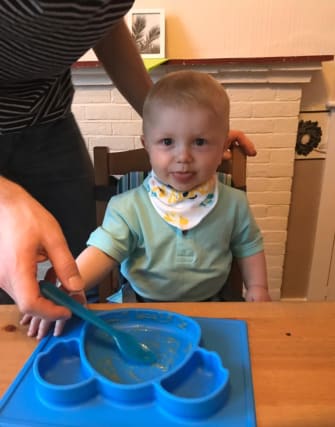 A High Court judge says he is “very concerned” about a two-year-old boy who has been missing for nearly a year and could be in Germany with his mother.

The judge, who is based in the Family Division of the High Court in London, has overseen private hearings centred on Emmanuel.

He has ruled that Emmanuel can be identified in media reports and has called on anyone with information about the boy to contact police.

Emmanuel’s parents are separated and the two-year-old was living with his father in Kent when he disappeared nearly 11 months ago.

Mr Justice Peel said Emmanuel might have been taken to Germany by his mother.

Detail of the case has been outlined in a press release, authorised by the judge, and issued through the judicial press office.

“Mr Justice Peel requests that as a matter of urgency anybody who knows anything which can assist in locating Emmanuel should get in touch as soon as possible.”

It went on: “Emmanuel lived with his father under court orders and it was agreed that his mother, Kristina Nobis, a German national, could have him to stay on the weekend of 30 November and 1 December 2019.

“At the end of the weekend, Emmanuel’s mother did not return him and he has not been seen since.

“It is believed that Emmanuel may now be with his mother in Germany, Switzerland, Austria or other parts of central Europe.”

Emmanuel’s father, who has not been named in the press release, said he was “devastated”, and added: “I am so worried about his safety and urge anyone who knows anything to come forward and assist.”

The release said anyone with information should call Kent Police, 101 or Crimestoppers, using the crime reference number 46/230023/19.