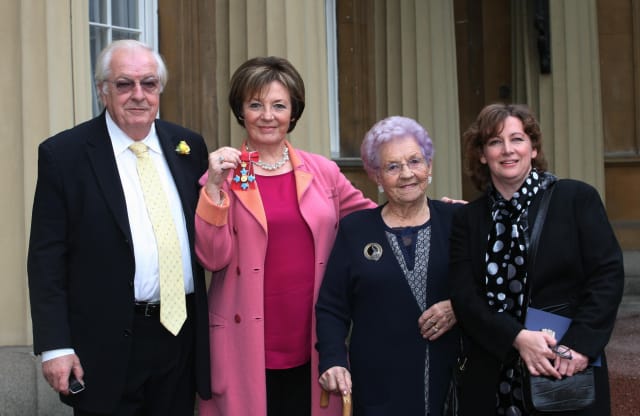 Norwich City Football Club, of which Delia and her husband Michael Wynn-Jones are joint majority shareholders, said in a short statement that Etty Smith died earlier this month.

Mr Wynn-Jones said in a 2001 documentary that his wife’s mother “set the standards” for Delia, 79, who left school at 16 with no qualifications.

“Her mother’s priority was always good cooking,” he said.

“She was the one who set the standards for Delia.”

Etty Smith was a Norwich City Football Club fan and a regular at fixtures, from first team matches through to U23 and U18 games.

She was often seen around the club’s training ground and it would not be uncommon for her to speak to head coach Daniel Farke after games in the Directors’ Lounge.

The family have asked for privacy at this time.