Barclays recorded highest ever value of scam reports in October 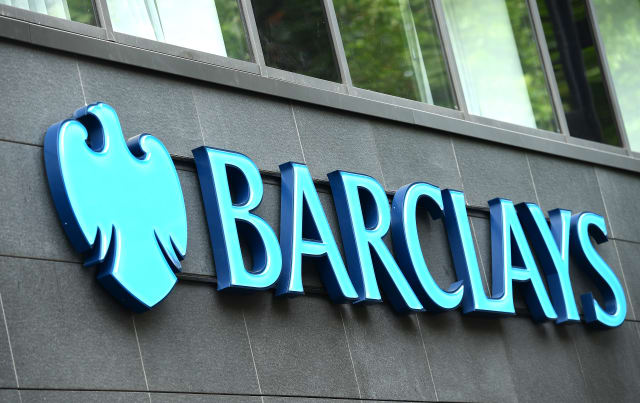 October was the highest month on record for the total cash value of scams reported by Barclays customers, the bank has said.

Barclays said in terms of the number of customers reporting frauds, October was the second highest month it has seen.

A large volume of impersonation scams, which are typically high value, pushed the total cash value of reported losses to the highest Barclays has seen in a single month.

Impersonation scams may involve people pretending to be from legitimate organisations such as the police – and Barclays said last month represented the highest volume of such scams that it has seen.

Barclays said it recorded a 10% increase in the volume of scams in October compared with September.

The bank declined to put a figure on the total value of reported scam losses in October, or say how much customers have received back.

It said the scam losses figure is sensitive information and it has signed up to a voluntary code, which reimburses innocent victims of bank transfer scams.

A survey for Barclays found that more than half (53%) of people know someone who has been the victim of a scam and just over a third (35%) have been a victim themselves.

Only a fifth (21%) of scam victims said they had shared their experience with two other people and 7% had not told anyone.

Many of those who had not told others said they felt embarrassed.

The research suggested people were seven times more likely to admit to being the victim of a burglary or mugging than a scam.

Jim Winters, head of fraud at Barclays said: “Being the target of a scam really is nothing to feel embarrassed about. In fact, far from it, it’s important people do talk about their experiences, in order to make others aware of what’s happening.

“The only way we can really take on the fraudsters is by sharing our experiences to help protect each other whilst eliminating the stigma associated with being scammed.”

Here are tips from Barclays to help protect against being scammed:

– If you receive a suspect call, email or letter, talk to someone you know and trust, such as a family member or friend, particularly if you are being pressured into moving money into an account.

Modern scams are very sophisticated. Talking about scams can also help to protect others.

– Never assume a communication is from who you think it is. Scammers can impersonate genuine people and companies. Always phone the person or company back on a trusted number to confirm it is really them.

– Do not ignore your instincts. If you have concerns about a phone call, website or an item, do not give your payment details or be pressured into moving money.

Do extra research and read reviews to ensure the person, company or website is genuine. Remember, if something sounds too good to be true, it probably is.

More information about scam prevention can be found at barclays.co.uk/digisafe as well as on websites such as Action Fraud.