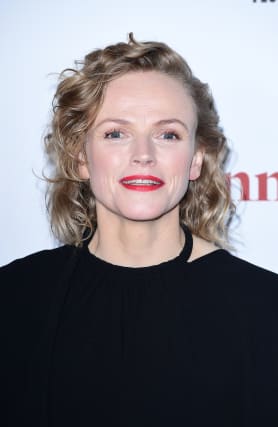 Actor Maxine Peake has joined campaigners reading out a live transcript of the Undercover Policing Inquiry.

The inquiry, which has cost £30 million to date, has attracted criticism from people targeted by undercover officers for lack of transparency and limited access to hearings.

The only way to view the video stream of witnesses giving evidence is to have registered in advance to attend a central London hotel where 60 seats are available.

People wishing to view proceedings online can only see scrolling text of what is being said, a decision taken by inquiry chairman Sir John Mitting to help protect the anonymity of several witnesses.

The cover names of 51 officers must remain secret, along with the real names of 119 officers and staff, and the names of 32 people targeted by the undercover deployments.

Members of the group Police Spies Out Of Lives, which represents those targeted by undercover officers, decided to read the scrolling transcript aloud on a YouTube channel to improve access to the hearings.

Just before the reading began on Wednesday, Peake said she felt “shock” at the activities of undercover police, and she was “elated” that details were coming to light.

The UCPI was set up in 2015 by then-home secretary Theresa May after a series of public disclosures about undercover tactics sparked heavy criticism.