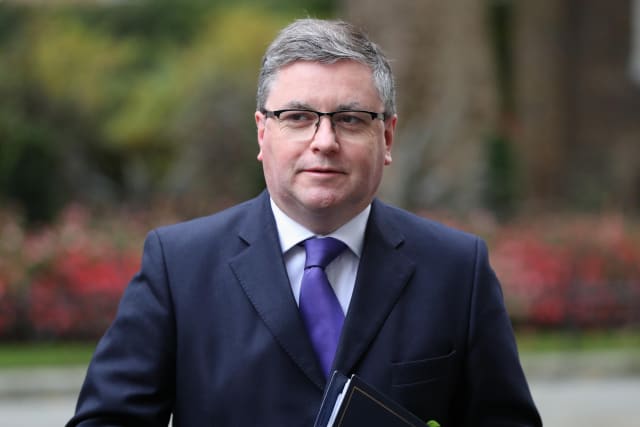 The Lord Chancellor has said “activist lawyers” have helped undermine the legal profession’s reputation and accused some of playing up their political leanings on social media to tout for work.

Robert Buckland refused to reprimand the Prime Minister and Home Secretary Priti Patel for referring to those aiding asylum and refugee seekers as “lefty lawyers” at the Conservative Party conference last month.

Instead, the Justice Secretary, when giving evidence to Parliament’s Human Rights Committee on Wednesday, further criticised lawyers who “vaunt their political views” in a bid to “generate some work”.

In comments criticised by the legal sector, Boris Johnson told the party’s virtual conference the Government was working to stop “the whole criminal justice system from being hamstrung by what the Home Secretary would doubtless – and rightly – call the lefty human rights lawyers, and other do-gooders”.

Asked by committee chair Harriet Harman MP about Mr Johnson and Ms Patel’s “derogatory and inflammatory” language towards those representing their clients, Mr Buckland opted not to rebuke his Cabinet colleagues.

He said: “I think there have been times sadly where practitioners have indeed, and I’m thinking in the area of ‘lawfare’, fallen foul of the regulator because of the practices they have adopted, and disciplinary proceedings have followed.

“There have been quite serious cases where quite frankly the reputation of the legal profession was undermined by the activities of some so-called activist lawyers.

“These are not phrases that trip lightly off my tongue particularly.

“But when I see – and I think social media has amplified this – members of the legal fraternity using social media as a platform to vaunt their political views in a way that is perhaps designed to get them prominence or publicity and perhaps generate some work, I do worry about that because I think that is giving entirely the wrong impression about what the profession should be about.”

The former prisons minister said the tone directed towards the legal profession was “a little warm of late” but said that “isn’t something that is particularly new”.

He denied there was any link between an alleged uptick in threats directed towards lawyers following the Prime Minister and Ms Patel’s choice of words, but said there was a “collective responsibility to get the tone right”.

Mr Buckland added: “If there are links between what public figures say and direct attacks, that is something that should disturb us all very much indeed.”

Meanwhile, the senior Tory refused to comment on reports that the Government is planning an overhaul of the Supreme Court after it lost a battle over suspending Parliament last year.

In September 2019, the UK’s highest court of appeal ruled that the Government had acted unlawfully in proroguing Parliament for five weeks in the midst of a battle over Brexit.

Mr Buckland said the Tory manifesto pledge to look at the UK constitution would include reviewing the 2005 mandate for setting-up the court.

But he scoffed at the suggestion made in the newspapers that any review would serve as “revenge” for the Government’s legal defeat, labelling it “wrong” and declaring that such motives for policy would be “infantile and unworthy” of ministerial office.

“I’m not about wholesale dismantling and revolution here,” he told MPs and peers.

“Judges are protected from the nightmare scenario of a US-style appointment system that would do nobody any good whatsoever.”