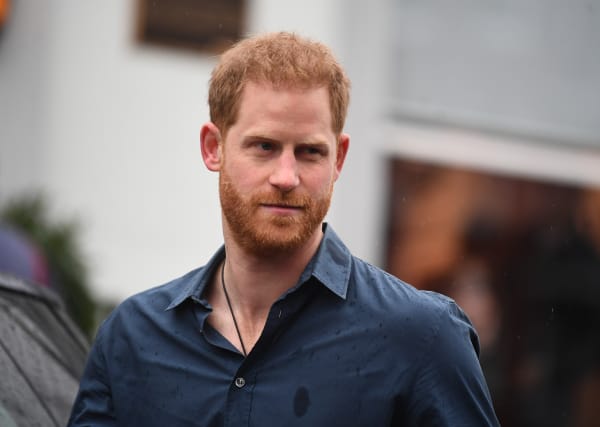 The Duke of Sussex has been volunteering by helping to pack and distribute food parcels to military veterans and their families.

The duke, who served in the forces for a decade, was pictured in a black face mask and casually dressed in a baseball cap, polo shirt and jeans as he helped to sort bags of provisions in Compton, Los Angeles.

“Today I had the honor of meeting and working alongside Prince Harry, Duke of Sussex,” it read.

“He joined us in volunteering at Compton VFW for the Operation Nourish program packing and distributing food to our #Compton neighbors.

“He is very humble and kind.”

A spokesman for Harry said: “It was a private day.”

Harry’s volunteering stint came just days after he was denied his wish for a wreath to be left on his behalf at the Cenotaph on Remembrance Sunday.

The Sussexes paid private visit to Los Angeles National Cemetery instead, but were accused of staging a publicity stunt after they were photographed there by Lee Morgan, who specialises in fashion and celebrity portraits.

Those close to Harry said he was not the sort of person to make a stunt out of a Remembrance event, particularly having personally known fellow service personnel who died.

Anti-lockdown protesters take to the streets of London

Protesters detained by police in anti-lockdown demo in London

Brexit briefing: 33 days until the end of the transition period