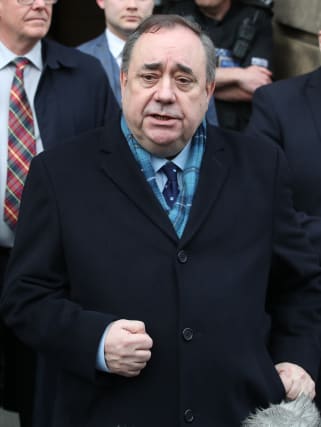 A union chief has raised concerns that the behaviour of MSPs investigating the Scottish Government’s botched handling of complaints against former first minister Alex Salmond “falls below the standards” expected for those involved in such an “important inquiry”.

Dave Penman, general secretary of the FDA union, has written to convener Linda Fabiani to “express my concern about the committee’s conduct”.

He questioned the comments made by some MSPs on the Committee on the Scottish Government Handling of Harassment Complaints to the press and their activity on social media, “including the retweeting of press articles that make derogatory comments about civil servants and their evidence”.

Mr Penman urged Ms Fabiani: “I would ask that you consider carefully whether such activity is appropriate during an ongoing inquiry.

“I am sure you can understand that this could lead to a perception that some of the committee members are reaching a conclusion while the process is still in train and falls below the standards civil servants should expect of parliamentarians who are conducting such an important inquiry.

“This can only damage the credibility of the process and any potential conclusion it may reach.”

Mr Penman insisted that his union was “not seeking to hamper the scrutiny of the Government or the civil service”.

But he said he had a responsibility to “raise concerns if we believe that the scrutiny is beyond the scope of what is expected of a parliamentary committee and where the conduct undermines the values of an impartial and professional civil service”.

Noting that witnesses giving evidence do so under oath, he said this showed the committee was “operating in a semi-judicial capacity” which requires “additional care” when answering questions.

Mr Penman said: “Witnesses have indicated that they do not recall our would have to check facts, yet have been subject to comments about selective memory or concerns expressed about why they cannot recall or respond at that given time.

“Given the obligations of providing evidence under oath, the fact that it is a considerable time since conversations and engagement took place and the sheer quantity of documentation, these comments, for public consumption, fall below the standards civil servants can rightly expect from a parliamentary committee.”

The union boss said he expected MSPs questioning civil servants under oath to ask questions “in an impartial, factual manner to gather evidence and provide clarity on evidence”.

But he added: “It is clear that members of the committee frequently offer personal opinion, seek to make political points or personal remarks.

“The committee has sought to introduce a quasi-judicial approach to these hearings yet it would appear the obligations and standards that follow only apply selectively to witnesses and not the committee itself.”

Covid-19 rates continuing to rise in most areas of Wales