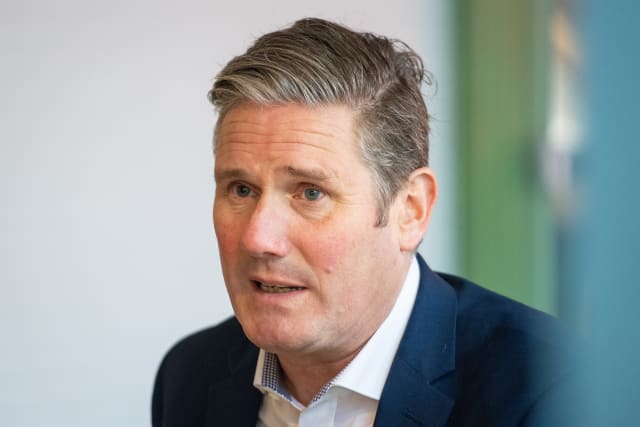 Labour leader Sir Keir Starmer is facing pressure to keep his predecessor Jeremy Corbyn out of the parliamentary party after he was reinstated as a member three weeks after being suspended.

Sir Keir has yet to decide whether to restore the whip but said the move to readmit Mr Corbyn by the party’s ruling National Executive Committee marked “another painful day for the Jewish community”.

The Islington North MP was suspended from Labour last month for his response to a damning Equality and Human Rights Commission (EHRC) report which found that the party had broken the law in its handling of anti-Semitism complaints.

Mr Corbyn claimed that the scale of anti-Semitism in the party was “dramatically overstated for political reasons” by opponents and “much of the media” – though he has since sought to clarify his comments.

A panel of the NEC decided on Tuesday that the former party leader should be readmitted as a member, but he will continue to sit as an independent MP unless Sir Keir restores the whip.

The NEC’s move sparked a fierce backlash from Labour MPs and Jewish societies, and prompted reports that former minister Dame Margaret Hodge, who is Jewish, could quit the party.

She said on Tuesday evening that she could not “comprehend” why it was acceptable for Mr Corbyn to “be a Labour MP if he thinks anti-Semitism is exaggerated and a political attack”.

Dame Margaret tweeted: “This is a broken outcome from a broken system. A factional, opaque and dysfunctional complaints process could never reach a fair conclusion. This is exactly why the EHRC instructed Labour to setup an independent process!”

Dame Louise Ellman, the Jewish former Labour MP who quit the party over its handling of anti-Semitism last year, said Sir Keir should “refuse to restore the whip” to Mr Corbyn.

“That way they could show that they are determined – as they have said they are – to rid the party of this dreadful stain,” she told BBC Two’s Newsnight.

The NEC’s move was condemned by Jewish groups, including the Board of Deputies of British Jews, which described it as a “retrograde step for the party in its relations with the Jewish community”.

Gideon Falter, chief executive of the Campaign Against Antisemitism, claimed Mr Corbyn’s suspension was “nothing more than a media stunt to blunt the blow” of the EHRC report.

The Jewish Labour Movement said it appeared the former party leader’s case had been “expedited” by a “factionally aligned political committee”.

Jewish Voice for Labour welcomed the lifting of the suspension, urging the party to apologise to Mr Corbyn for the “high handed and public nature of his suspension and the consequent distress he has inevitably suffered”.

Sir Keir tweeted on Tuesday evening: “I know that this has been another painful day for the Jewish community and those Labour members who have fought so hard to tackle antisemitism. I know the hurt that has been caused and the trauma people have felt.

“Jeremy Corbyn’s statement in response to the EHRC report was wrong and completely distracted from a report that identified unlawful conduct in our tackling of racism within the Labour Party. This should shame us all.

“I will not allow a focus on one individual to prevent us from doing the vital work of tackling anti-Semitism. When I stood as leader of the Labour Party, I was clear that my first priority would be to root out antisemitism. It still is.

“I know we have a long way to go, but I am absolutely resolute in my determination to make the Labour Party a safe place for Jewish people. I stand by the commitments I made last month to accept the findings and the recommendations of the EHRC’s report in full.

“That must mean establishing an independent complaints process as soon as possible in the New Year. This is my commitment and my promise to our party, the Jewish community and the British people.”

His comments came shortly after Mr Corbyn tweeted: “I am pleased to have been reinstated in the Labour Party and would like to thank party members, trade unionists and all who have offered solidarity.

“Our movement must now come together to oppose and defeat this deeply damaging Conservative government.”

Mr Corbyn claimed last month that while “one anti-Semite is one too many” the “scale of the problem was also dramatically overstated for political reasons by our opponents inside and outside the party, as well as by much of the media”.

He was suspended after Sir Keir said people who believed it was “exaggerated, or a factional attack” were “part of the problem” and “should be nowhere near the Labour Party either”.

Mr Corbyn acknowledged ahead of a meeting of the NEC disputes committee on Tuesday that concerns around anti-Semitism in Labour were not “exaggerated”.

He revealed he had given a statement to the party in an attempt to “clear up any confusion” over his initial response and a broadcast interview given in the wake of the report.