Record 62% of debit card payments were contactless in August 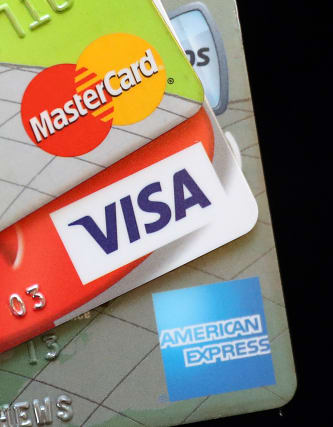 A record 62% of debit card payments in August were contactless, according to a trade association.

The Eat Out to Help Out meals discount scheme and the higher £45 contactless payment limit introduced earlier this year are thought to have helped to boost the figures.

The data was released by UK Finance, which also said just under half (45%) of credit card transactions were contactless.

Meanwhile, outstanding balances on credit cards shrank by 12.6% annually in August as cautious consumers continued to pay back more than the amounts newly borrowed.

Laith Khalaf, financial analyst at AJ Bell, said: “The latest card spending figures show the summer boom in full swing, as consumers came out of lockdown to spend their money in pubs, shops and restaurants.

“It’s encouraging that the spending splurge was driven by debit card payments rather than credit card borrowing, meaning there will be less of a debt hangover to worry about.

“Indeed credit card balances have fallen 12.6% over the last 12 months, as some consumers have found themselves flush with cash, because for large parts of the year they’ve had little to pay for apart from groceries, utility bills, and a Netflix subscription.

“Credit balances have also fallen because quarantine rules put the brakes on holidays abroad, which are often paid for on credit because of the size of the transaction and the additional protections afforded by paying on a credit card.”

But he added: “The financial benefit from the imposed frugality of lockdown has not been shared equally, with many people struggling to make ends meet as a result of the pandemic.

“If you’re struggling to pay your debts, the worst thing you can do is stick your head in the sand and hope they go away – unfortunately they will just get bigger.

“The first step to getting on top of your debts is itemising what you owe and what the interest payments are, then wherever possible paying off the most expensive debt first.

“Those who have been lucky enough to benefit financially from lockdown should hang onto some of their savings for a rainy day.”