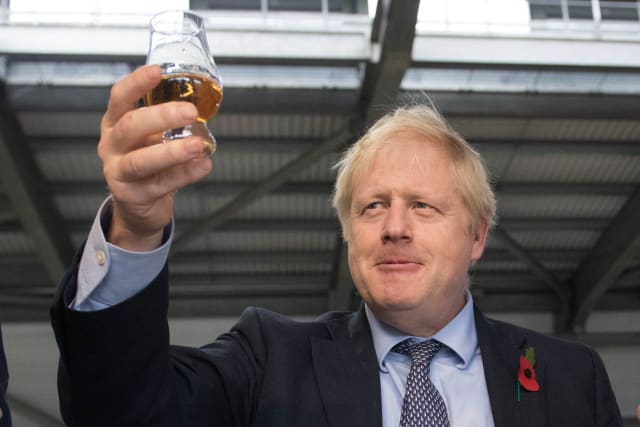 Boris Johnson is determined to be the “voice” of the anti-independence majority in Scotland, Downing Street said, after a minister branded those pushing for a second referendum “frankly mad”.

The Prime Minister’s official spokesman said Mr Johnson had always fully supported Scottish devolution – despite reportedly describing it as a “disaster” in a conference call with Tory MPs – and would be on the side of those who voted “decisively” in 2014 to keep the Union intact.

The comments come after Communities Secretary Robert Jenrick, who suggested the Conservative Party leader’s comments on devolution had been taken out of context, had choice words for those pushing for another independence referendum despite the No result six years ago.

Mr Jenrick told BBC Breakfast: “I think that any politician who wanted to hold a referendum on a topic like this at this moment in time… is frankly, mad.

“We’re in the middle of a very serious health situation, a pandemic, and we’re also seeing massive disruption to people’s lives and livelihoods as a result of the economic disruption that’s flowed with it.”

Mr Johnson has faced backlash from nationalists and Labour after the Sun reported that he told the Northern Research Group, a band of Tory MPs representing North of England areas, on Monday that devolution had been “a disaster north of the border” and called it “Tony Blair’s biggest mistake”.

SNP leader Nicola Sturgeon seized on comments, which come just a few months before the Scottish Parliament elections next year, by suggesting independence was the best answer for the devolved administration.

In response to the remarks, which also included Mr Johnson saying he could not “see a case” for handing down more powers, Scotland’s First Minister tweeted: “Worth bookmarking these PM comments for the next time Tories say they’re not a threat to the powers of the Scottish Parliament – or, even more incredibly, that they support devolving more powers.

“The only way to protect and strengthen the Scottish Parliament is with independence.”

But Number 10 said Mr Johnson would be standing up for the majority verdict at the last “once-in-a-generation” independence referendum, where 55% of those who voted decided in favour of Scotland remaining part of the UK.

“The PM has always fully supported devolution. This Government continues to put the Union at the heart of everything that we do,” the Prime Minister’s official spokesman said.

“The PM has been clear that he thinks the four corners of the UK are stronger together and he will be the voice of the majority of Scottish people who voted decisively to keep the UK together.

“He will always stand against those trying to separate the United Kingdom.

“The PM believes that we had what was a once-in-a-generation referendum and that the result of it should be respected. He firmly rejects the SNP’s call to break up the United Kingdom.”

Douglas Ross, who leads the Conservatives in Scotland, told BBC Scotland that was due to meet with the Prime Minister following his comments – which have not been denied by Downing Street – being made public.

He told the broadcaster: “The Prime Minister was elected as mayor of London twice, so he believes in devolution.

“Devolution is not the problem. The problem has been the SNP’s obsession over its thirteen-and-a-half years in power with separating Scotland from the rest of the United Kingdom.”

Shadow Scottish secretary Ian Murray has criticised Mr Johnson as he defended devolution as “one of Labour’s proudest achievements”.

“This confirms that Boris Johnson doesn’t believe in devolution and would put the future of the United Kingdom at risk,” the Labour MP said.