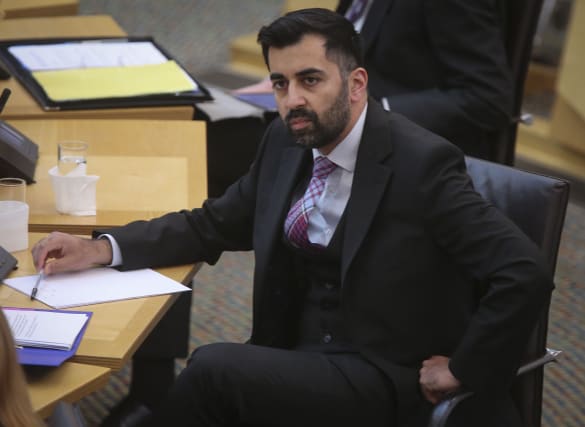 A man has told a court he did not send a tweet that suggested Scotland’s Justice Secretary Humza Yousaf sympathised with terrorists.

The tweet appeared on the feed of Mr Yousaf, who was then minister for external affairs, on November 14 2015, the day after the Paris terror attacks.

It stated: “Humza Yousaf, good Scots name. I am sure he is 90 per cent backing Muslim killers. Be having a whip round for terrorist families soon.”

Stuart Smith, 63, is accused of behaving in a threatening or abusive manner likely to cause a reasonable person to suffer fear or alarm by posting an abusive comment to Twitter that contained grossly offensive and derogatory remarks regarding a religion.

It is alleged the offence, in Glasgow and elsewhere, on November 14 2015 was aggravated by religious prejudice.

Smith, from Gretna, Dumfries and Galloway, who is on trial at Glasgow Sheriff Court, denies the charge.

Giving evidence on Tuesday, he was questioned about the tweet by his defence agent Ian McLelland who asked: “Did you write that?”

Smith replied: “No, I did not write that.”

He told the court he had previously had issues with things he had not posted ending up on his Twitter account, which has a gun as its profile picture.

Smith said he sometimes received emails telling him he may have been hacked.

Mr McLelland said: “We have seen about a post that seems to have been attributed to you and you must have seen it on your account now.”