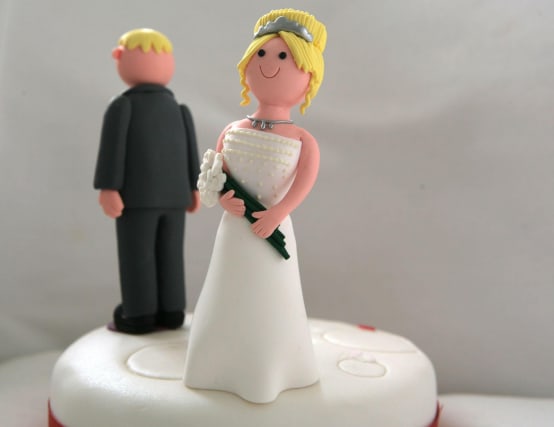 The number of divorces in England and Wales has seen its largest annual percentage increase in nearly 50 years, new data shows.

It was also the largest annual percentage increase in the number of divorces since 1972, following the introduction of the The Divorce Reform Act 1969 which made it easier for couples to divorce upon separation, the ONS said.

Meanwhile, divorces among same-sex couples in England and Wales nearly doubled, from 428 in 2018 to 822 last year.

Nearly three-quarters (72%) of these were between female couples.

But the ONS added that the scale of the increases in both cases can partly be attributed to divorce centres processing a backlog of casework in 2018, which was likely to have translated into a higher number of completed divorces in 2019.

It added: “The size of the increase can be partly attributed to a backlog of divorce petitions from 2017 that were processed by the Ministry of Justice in early 2018, some of which will have translated into decree absolutes (completed divorces) in 2019.

“This is likely to have contributed to both the particularly low number of divorces in 2018 (the lowest since 1971) and the increase seen in 2019.”

The ONS also said that the number of same-sex divorces has increased each year, reflecting the increasing size of the same-sex married population since the introduction of marriages of same-sex couples in March 2014.

Kanak Ghosh, of the ONS’ vital statistics outputs branch, said: “Same-sex couples have been able to marry in England and Wales from March 2014.

“Since then, we have seen the number of divorces of same-sex couples increase each year from very small numbers in 2015, when the first divorces took place, to more than 800 in 2019, reflecting the increasing size of the same-sex married population in England and Wales.

“While we see that 56% of same-sex marriages were among females, nearly three-quarters of same-sex divorces in 2019 were to female couples.

“Unreasonable behaviour, which includes adultery, was the most common ground for divorce among same-sex couples this year, as almost two-thirds of couples divorced for this reason.”

The ONS said that there had been an overall downward trend in divorce numbers since the most recent peak of 153,065 in 2003, and opposite-sex divorces remained 30% lower than in that year.

This was broadly consistent with an overall decline in the number of marriages between 2003 and 2009, it added.

It said: “Changes in attitudes to cohabitation as an alternative to marriage or prior to marriage, particularly at younger ages, are likely to have been a factor affecting the general decrease in divorce rates since 2003.

“Levels of cohabitation increased over this period while the married population declined and our latest marriage statistics for 2017 show that nearly nine in 10 couples (88%) were cohabiting before marriage.”

Unreasonable behaviour was the most common reason for couples divorcing in 2019, the ONS said.

The new figures showed that 49% of wives and 35% of husbands in heterosexual marriages petitioned for divorce on these grounds.

It was also the most common reason for same-sex couples divorcing, accounting for 63% of divorces among women and 70% among men.

In 2019, the median duration of marriage at the time of divorce for heterosexual couples fell slightly from 12.5 years in 2018 to 12.3 years.