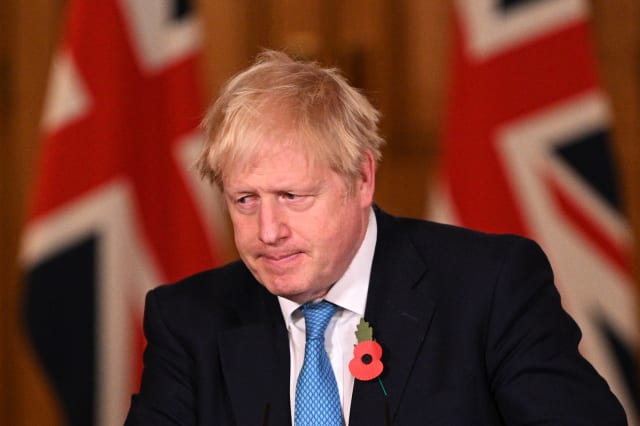 Boris Johnson has warned that it is "far from certain" that Britain will manage to get a post-Brexit trade deal with Brussels in time for the end of the year.

The Prime Minister briefed the Cabinet – meeting by conference call – on the latest negotiations, telling ministers that time was now "very short".

Talks have been continuing this week in Brussels between the EU's chief negotiator Michel Barnier and his UK counterpart Lord Frost.

However with hopes of a breakthrough this week receding, it is unclear whether the two sides will be prepared to carry on talking into next week if there is still no agreement.

The current Brexit transition period ends at the end of the year when Britain will finally leave the single market and the customs union and any deal would have to be ratified by both the UK and European parliaments before then.

In London, officials sought to downplay reports that Lord Frost had advised Mr Johnson that he could expect to get a deal early next week.

The Prime Minister told the Cabinet that while he remained "keen" to get an agreement he would not compromise on the UK's "core principles".

He said there were still "significant issues" to be resolved – most notably on future fishing rights and the so-called "level playing field" rules on state aid.

The Prime Minister's official spokesman said: "The PM said that his position hasn't changed: the UK is keen to secure a deal with the EU, but not at the cost of our core principles around sovereignty and control over our laws, borders, money – and our fish.

"Significant issues remain, particularly on the so-called level playing field and fisheries. We are working hard to find solutions which fully respect UK sovereignty, but it is far from certain that an agreement will prove possible and time is now very short.

"The PM said that, if we cannot find suitable compromises with our European friends, we will leave the transition period on Australia terms on January 1.

"The PM said he was incredibly confident that the UK will thrive with or without a free trade agreement with the EU."