Government to decide next week on new tier restrictions for England 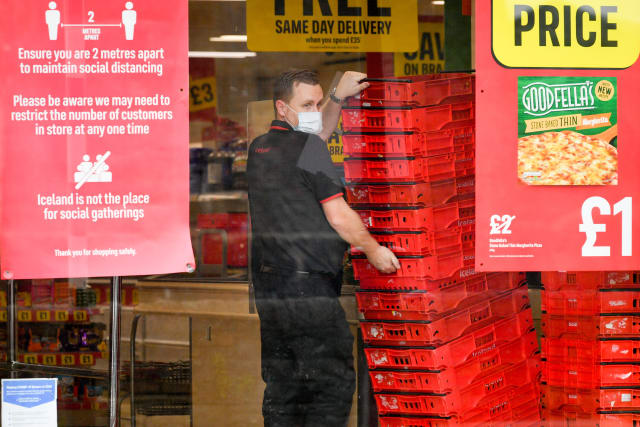 The Government will decide next week how to end the current lockdown as scientists warned a tougher tier system is needed until vaccines can drive back the Covid-19 pandemic.

Communities Secretary Robert Jenrick said on Tuesday that ministers want to see a “significant easing” of coronavirus controls when the lockdown in England is lifted on December 2, but suggested tighter controls may be needed in the top Tier 3.

It comes after Susan Hopkins, medical director of Public Health England (PHE) and chief medical adviser to NHS Test and Trace, said ministers would have to look at “strengthening” the tier system.

Tier 1 restrictions that covered huge parts of England had “very little effect”, she said, adding that even Tier 2 only worked in some areas.

Documents released last week from the Scientific Pandemic Influenza Group on Modelling (SPI-M), which reports to the Scientific Advisory Committee for Emergencies (Sage), said there was a “clear effect” on infection rates from strict Tier 3 interventions but “much less from Tiers 1 and 2”.

SPI-M believe infections will rise at the same rate as before if the same three-tier system is brought back in on December 2.

In a round of broadcast interviews on Tuesday, Mr Jenrick said any extension of the current lockdown would require a vote of Parliament.

“It is our hope and expectation that that won’t be the case and that people in England will be able to move back into the tiered system,” he told Sky News.

“There will be a review. That work is undergoing on what those tiers look like and how local areas go back in but that will very much depend on the data.

“We will have to make decisions nearer the end of the month once we have got the most up-to-date information possible.

“But we all want to see a significant easing of the measures in all parts of England at the beginning of next month.”

However, Mr Jenrick told BBC Breakfast the Government will be looking at whether to “embed” the additional measures previously available to local areas placed under Tier 3.

Asked if there could be a tougher tier than Tier 3 in the new system, he said: “We haven’t come to a decision on that.

“The Tier 3 that we had before was just considered a baseline.

“And then we did ask local areas whether they would be willing to go further and some did.

“My own area of Nottinghamshire, the local council chose to go over and above and limit the sale of alcohol for off-licences and so on after a certain time, so that people didn’t go home and have parties or drink alcohol on the streets.

“So there were some tweaks to the tiers that you’re seeing in some parts of the country and it’s that sort of thing that we now need to consider.

“Was that a sensible move? If so, should we embed that in the new tier structure?”

– The Prime Minister is continuing to self-isolate after a meeting with MP Lee Anderson, who tested positive for Covid-19.

– Low-cost carrier easyJet has reported pre-tax losses of £1.27 billion for the year to September 30, marking the first loss in the airline’s 25-year history.

– The Government announced a further 213 people had died within 28 days of testing positive for Covid-19 as of Monday, bringing the UK total to 52,147.

In a Downing Street press conference on Monday, Matt Hancock said it was “too early for us to know” whether coronavirus cases will be brought down sufficiently to ease the lockdown.

But he added: “We hope to be able to replace the national lockdown with a tiered system similar to what we had before.”

She said Tier 3, and especially Tier 3 with further restrictions in the north, had had an effect in reducing cases.

Of Tier 2, which saw a ban on meeting people from other households indoors, including in pubs and restaurants, Dr Hopkins said it seemed to hold cases down in some areas but “not so well in others”.

She added: “We see very little effect from Tier 1 and I think when we look at what tiers may be there in the future, we will have to think about strengthening them in order to get us through the winter months until the vaccine is available for everyone.”

It comes as Scotland’s First Minister Nicola Sturgeon said areas with “stubbornly high” levels of the virus could be temporarily placed under more severe restrictions to give more flexibility for a “limited and careful easing” of the rules over Christmas.

Meanwhile, Sir John Bell, regius professor of medicine at Oxford University and a member of the Government’s vaccine taskforce, said he was hopeful large numbers of people could be vaccinated by the spring.

Data released on Monday from US firm Moderna showed its jab to be almost 95% effective in protecting against Covid-19, following news that a jab from Pfizer/BioNTech is over 90% effective.

Sir John Bell told Radio 4’s Today programme on Tuesday: “We can get vaccines into people in the UK and in most western countries pretty effectively.

“So I think the idea that we’re going to vaccinate a very large percentage of the population by spring is completely possible.

“And I think that will make a big difference because people will be then less anxious about catching the disease because they will be vaccinated, transmissions will fall to a low level and we may not be back completely to normal but things are going to look dramatically different by the spring.”

On safety, he said “most of the side-effects that have occurred from vaccines are pretty apparent within the first two to three months,” adding that he would be surprised if Covid vaccines “don’t substantially reduce transmissions”.

He said the Oxford/AstraZeneca vaccine study, which is due to report soon, should give “some sense” of the effect on transmission.

He added: “I’ll be very surprised that these vaccines don’t substantially reduce transmissions.

“They may not completely eliminate the ability to grow virus in your nose, so there may be still a risk of transmissions out there, at a low level, but obviously that’s something that we have to explore.”