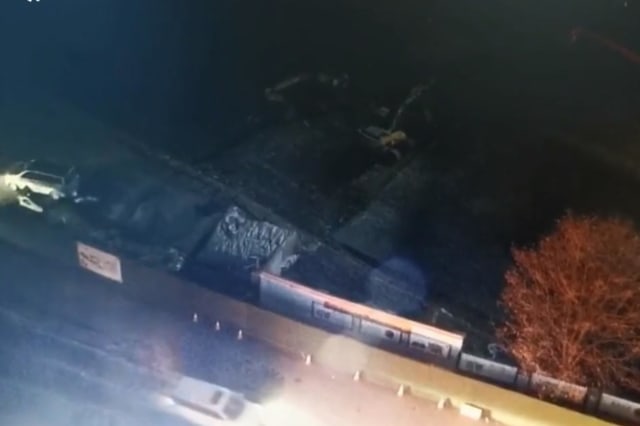 A drunk motorist drove off a highway and into an eight-metre-deep construction site in southern China.

In the CCTV footage, filmed in the early morning in Guiyang City, the car is seen breaking through the roadside barrier and flying into the construction site.

According to the police, the accident happened because the driver was drunk and speeding.

Fortunately, everyone in the car was wearing seat belts.