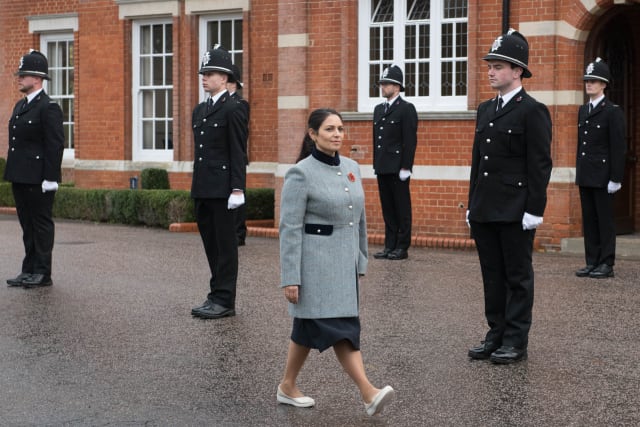 The former head of the civil service said an investigation commissioned eight months ago into allegations of bullying by Home Secretary Priti Patel was now “with” the Prime Minister.

Lord Sedwill told MPs on Tuesday that a review into what happened in the Home Office was “under way” before he left his cabinet secretary role in September, and that he understood Boris Johnson had been given sight of the findings.

A Cabinet Office investigation was launched in March over allegations that Ms Patel belittled colleagues and clashed with senior officials in three different departments, but the result of the probe has yet to be revealed.

Sir Philip Rutnam, who was the Home Office’s permanent secretary, quit earlier this year, accusing Ms Patel of a “vicious and orchestrated briefing campaign” against him and is claiming constructive dismissal at an employment tribunal.

Lord Sedwill was asked about when the report was submitted to the Prime Minister during his appearance in front of the Public Administration and Constitutional Affairs Committee.

He said: “I couldn’t tell you exactly, but the Cabinet Office, the proprietary and ethics team under me, were asked to establish the facts.

“The Prime Minister then consults his independent adviser on ministerial interests Alex Allan.

“I think Alex had been in discussions with the Prime Minister, I don’t know the exact date of when that part of the process was submitted to the PM but it was under way, it was with him, as I understand it.”

Lord Sedwill suggested the full report might never be published as some interviews took place on the premise that they were “in confidence” and the people concerned did “not want their remarks to be completely on-the-record”.

“It is a decision in the end for the PM whether he publishes anything,” he added.

The Prime Minister’s official spokesman, when asked about Lord Sedwill’s remarks, told reporters: “It is an ongoing process.

“Once we are in a position to make public the Prime Minister’s conclusions we will do so but we are not yet at that point.”

Downing Street has said on a regular basis that the review process was continuing amid calls to publish the findings.

Cabinet Office Minister Lord True, responding to questions on the slow progress of the inquiry in the House of Lords earlier this month,  said: “The Prime Minister will make any decision on the matter public once the process has concluded.”