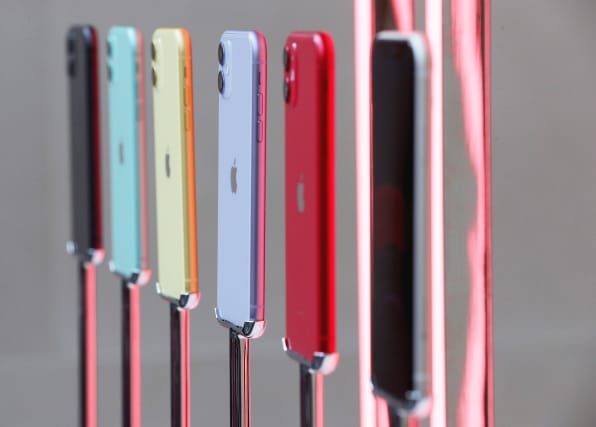 About £5 million worth of Apple products, including iPhone 11s and AirPods, have been stolen after a lorry was hijacked on a motorway slip road.

Northamptonshire Police are appealing for dashcam footage of the offence, which happened last Tuesday after the lorry pulled over.

Officers said the lorry driver and a security guard travelling in a second vehicle were "targeted and tied up" during the robbery between 7.45pm and 8pm.

Both were then taken to an industrial area after the initial incident on the southbound slip road at Junction 18 of the M1 near Crick.

Northamptonshire Police said in a statement confirming details of the robbery: "The lorry was driven to Eldon Close in Crick, where the offenders transferred the trailer on to an awaiting truck and drove off, leaving the lorry driver and security guard behind.

"The truck was later found across the county border in Lutterworth, Leicestershire, where it is believed the offenders transferred the 48 pallets of Apple products into a third vehicle.

"Officers would like to speak to anyone who may have seen a number of vehicles on the slip road at Junction 18 between the stated times, which may have looked out of place, or who may have dashcam footage of this area.

"They would also like to speak to anyone who may have been offered any Apple products for sale in unusual circumstances or who knows of anyone who is selling such items at low-cost prices."

Anyone with information or who may have witnessed this incident is asked to call Northamptonshire Police on 101 quoting reference number 20000595599 or to call Crimestoppers anonymously on 0800 555111.