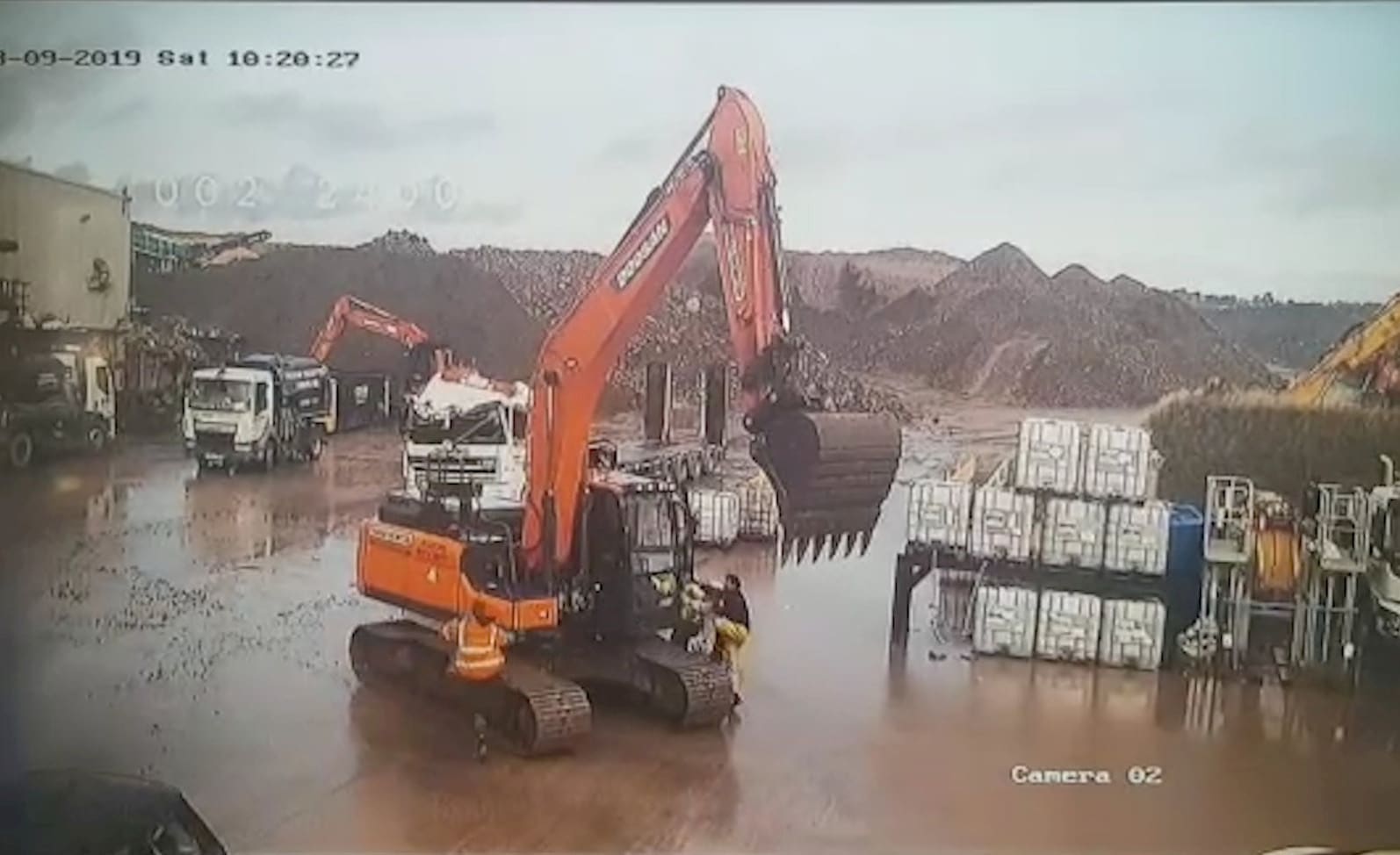 An angry worker who smashed his boss's £100,000 Range Rover and a lorry's cab unit during a wrecking spree in a 25-tonne digger in a row over pay has been jailed.

Darren Verity, 53, smashed the excavator's metal bucket into the roof of Thomas Crompton's car before turning his attention to the nearby cab unit in September 2019.

Today (Fri) a judge watched shocking CCTV footage which showed the demolition firm boss and other staff rushing to the digger to try to stop Verity doing even more damage.

In the video, Verity can be seen crashing into the black top-of-the-range 4x4 before wheeling off to pummel into the truck.

Prosecutor Ryan Donoghue said Mr Crompton was able to climb into the cab and pull an emergency lever which stopped the machine despite struggling with Verity. 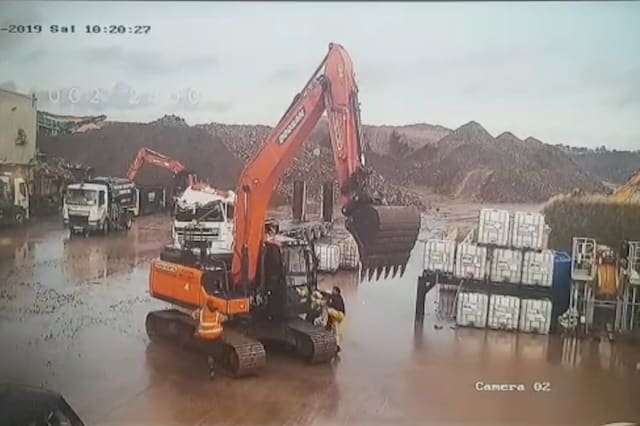 He said Verity was shouting abuse as he was restrained on the ground and made threats to "come back and burn the rest".

Bradford Crown Court heard that when Verity was asked when he had caused the damage he said: "Because the wagon drivers got a rise and I haven't."

Verity pleaded guilty to charges of criminal damage in relation to the two vehicles which would have been worth a total of more than £200,000 when new.

Mr Donoghue said he had been given a figure of £45,000 for compensation, but had no further details.

Verity's barrister Giles Bridge said he had information that the lorry cab unit had cost £30,000 to repair, but he said his client's means were limited.

Recorder Simon Eckersley decided not to make any compensation order in the case.

Although Verity was fined for criminal damage in 2016, Mr Bridge said the offending that morning at Thomas Crompton Demolition was out of character.

He said: "This offence was committed at a time of what appears to be personal crisis within the family owing to the sudden death of two relatives."

Mr Bridge told the court Verity's mental health issues had been exacerbated by that.

The court also heard Verity had drunk "a few cans of lager" that morning.

In his police interview Verity, a married father, said he had "just flipped", but the court heard he had also been a cocaine user at the time.

He said that an immediate prison sentence during the Covid pandemic would have a profound impact on Verity due to his medical conditions and mental health problems.

But Recorder Eckersley said the offence had been a "shocking and wanton act of premeditated vandalism", fuelled by a perceived grievance against his employer.

The judge commended Mr Crompton's bravery in stopping the digger.

He also pointed out that in the past he had helped Verity out with advances on his wages and extra cash when he was struggling.

Sentencing Verity to 14 months in prison, he said: "He was at a complete loss as to why you behaved in that way.

"I have no doubt that you intended to cause a trail of destruction and cause as much damage as you possibly could."

The judge said the CCTV showed what potential power Verity had at his disposal and described the digger's bucket ripping the cab unit apart "like it was tin-foil".

He added: "I accept that you had pressures in your life in September of last year but many people do.

"Most of them deal with them without exploding into a violent and destructive rampage like you did."

The judge explained Verity would have been jailed for 27 months if he had gone to trial.

But his guilty plea reduced that to 19 months and he had made a further reduction because of the current pandemic and the delay in the case coming to court.

Speaking after the shocking incident last year, Mr Crompton said: "There was a serious threat to life here.

"We have no doubt in our minds that he would have gone to do some serious damage if we had not have stopped him.

"We had staff in and around, working on-site, he had no regard for anybody else whatsoever.

"I heard a massive bang which scared the life out of me, I looked out of the window to see my car, a Range Rover Autobiography, bouncing into the air.

"I managed to get into the vehicle to get what we call the deadman's handle - the emergency stop on a construction vehicle - to stop him.

"He was fighting me to stop me getting at it, because he knew what I intended to do, he had like a super strength.

"He was adamant he wanted to keep driving that vehicle."