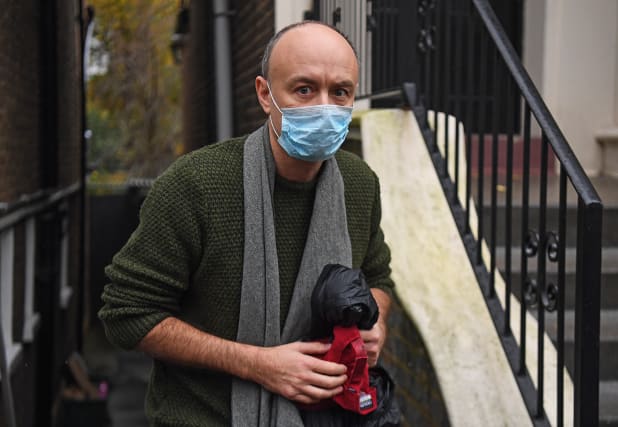 Boris Johnson has a “huge job of work” to do, Downing Street admitted, as he seeks to reset his administration following the dramatic departure of Dominic Cummings.

Both Mr Cummings and the Prime Minister’s top spin doctor Lee Cain will continue to work on specific projects until the middle of December but have left No 10 following a bitter feud at the heart of Government.

Downing Street praised the “hard work” done by the two men, who both worked on the Vote Leave campaign in the Brexit referendum.

“The PM would thank both Dom and Lee for the service they have given to him and the hard work they have put in over recent months on projects such as mass testing and the Government’s coronavirus response,” the Prime Minister’s official spokesman said.

In the vicious briefing wars that have taken place since the turmoil in No 10 became public, allies of Mr Cummings and Mr Cain had been accused of calling the Prime Minister’s fiancee Carrie Symonds “Princess Nut Nuts”.

Asked what Mr Johnson thought about that, the Prime Minister’s official spokesman said: “I have read an awful lot of unattributed anonymous material over the course of the weekend and I have never chosen to comment on that.

“From the Prime Minister’s point of view, he knows that the Government and No 10 is focused on getting the country through the coronavirus pandemic and on delivering his levelling-up agenda.

“He has a huge job of work to do on behalf of the people who put him here and he has never been more committed to delivering on their behalf.”

Asked about Ms Symonds’ role in No 10 – she reportedly lobbied against Mr Cain’s potential promotion to chief of staff – the spokesman said: “The Prime Minister receives advice from his political appointees and civil servants, but ultimately it is for him and ministers to decide.”

Ms Symonds is a former Tory press chief and has served as a special adviser in previous administrations.