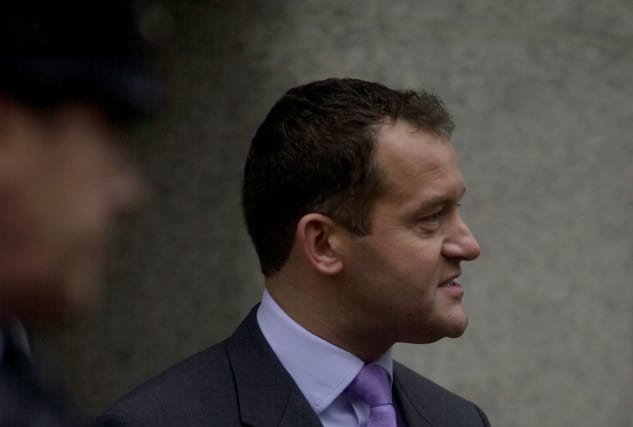 Former royal butler Paul Burrell has said season four of Netflix's The Crown is a "fair and accurate dramatisation" of the royal family's treatment of Diana, Princess of Wales.

The latest instalment of the award-winning show charts the arrival in the early 1980s of Diana, played by Emma Corrin, and prime minister Margaret Thatcher, played by Gillian Anderson,

Burrell, Diana's butler and one of her closest confidantes, said the new series showed "the truth in many ways" and suggested the royal family would prefer if the tale had remained untold.

Appearing on ITV's Lorraine, the 62-year-old said: "I think it's the best series yet. It is spectacular. There are stellar performances form Emma Corrin as the young Diana and Josh O'Connor as Prince Charles. But of course I think the show is stolen by Gillian Anderson as Margaret Thatcher.

"But what a series. This is just a peek behind the doors of Buckingham Palace, that perhaps the palace don't want you to see because this is the truth in many ways. It's a fair and accurate dramatisation of what happened."

Mr Burrell also recalled meeting Diana for the first time at Balmoral, the Scottish holiday home of the royal family.

Describing Corrin's portrayal of the princess, he said: "I watch it from profile and I think it is her. I think she has got it exactly. Her mannerisms and the way she talks.

"I am feeling it again. I am feeling her personality being dismantled behind the scenes by these people who don't really care. They are all gods in their own kingdoms and they are just looking after themselves.

"They didn't take care of her. They didn't give her praise. She only got negativity. She became a victim because of the way she was treated."

Season four of The Crown documents the romance between Charles and Diana, including their first meeting when she was still at school, the engagement interview when he uttered the famous line "whatever in love means", and their blockbuster wedding.

Referring to a previous segment on Lorraine, Mr Burrell added: "You were just talking just then with Dr Alex about mental health.

"Well, it wasn't understood back then but, boy, Diana was sure a case for someone suffering with mental health."

It's not just Mr Burrell who being given his verdict on the latest series, and some have been less than complimentary.

Simon Heffer, writing in the Telegraph, calls the new series "a disgrace" and "an appalling travesty of history, wilfully misrepresenting everyone from Mrs Thatcher to the Queen."

Meanwhile, the Mail reports that royal experts have are appalled by graphic scenes which portray Princess Diana's struggle with bulimia.

In another report, the Mail reveals that Palace sources have slammed the show.

"This is drama and entertainment for commercial ends being made with no regard to the actual people involved who are having their lives hijacked and exploited,' said one insider.

"In this case, it's dragging up things that happened during very difficult times 25 or 30 years ago without a thought for anyone's feelings. That isn't right or fair, particularly when so many of the things being depicted don't represent the truth."

The latest Crown season begins with Baroness Thatcher's rise to power in 1979 and the assassination by the IRA of Lord Mountbatten (Charles Dance) during a fishing trip in Ireland.

Josh O'Connor returns as the Prince of Wales, with Emerald Fennell as Camilla Parker-Bowles, Olivia Colman as the Queen, Tobias Menzies as the Duke of Edinburgh and Helena Bonham Carter as Princess Margaret.