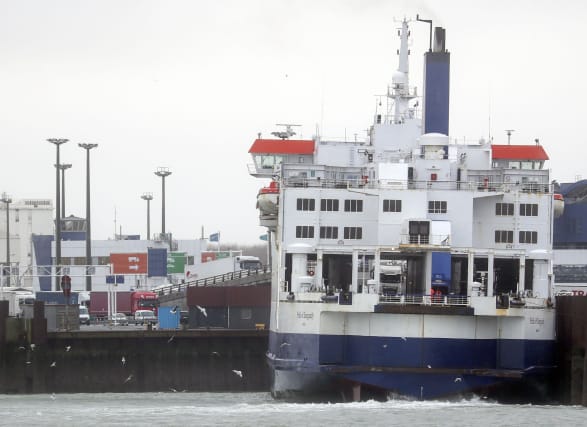 Hauliers will not make multiple attempts to transport goods from Calais to Dover without the correct post-Brexit paperwork because the first time will be “so difficult”, the boss of the French port has claimed.

Chief executive Jean-Marc Puissesseau told peers that “maybe there will be some” who attempt to make the crossing without the proper documents after the transition period ends at the end of next month.

Giving evidence to the Lords’ EU Goods Sub-Committee, he said: “It will be so difficult for them to cross that they will do it maybe one time, they will not forget (their paperwork) two times.”

Mr Puissesseau compared the importance of having the correct forms filled in to airline passengers needing a passport.

“When you take the plane you have to show your passport,” he said.

“If you don’t have your passport, you stay in Heathrow or you stay in Charles de Gaulle airport.”

There will still be a need for additional paperwork relating to taxes and customs declarations even if a Brexit trade deal is agreed between the UK and the EU, Mr Puissesseau added.

“A deal or no deal for us is nearly the same,” he said.

Richard Ballantyne, chief executive of trade body the British Ports Association, said ports have found it “agonising” to get some of the information from the Government about what new infrastructure ports will require.

He said this particularly relates to imports of animal and plant products, such as meat, salads and flowers.

“To stop those and inspect and open a lot of those consignments, I think is something we really need to think about,” he explained.

A no-deal scenario could make it “completely impossible” for certain ports to accommodate those goods, he said.

“It would basically put traders at a real disadvantage bringing their goods in to certain routes and gateways if they know that a high percentage of those volumes need to be opened and inspected,” he added.