Britain ‘among countries experiencing steep decline in cash use amid pandemic’ 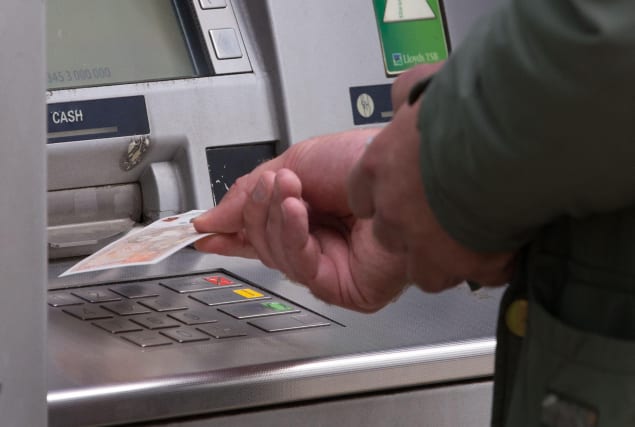 Half of people across Britain have used cash less often during the coronavirus pandemic – putting it among the countries with the steepest declines in a global study.

A further 37% of people in Britain said they have seen no impact as they used cash little before and this has not changed.

Nearly one in 10 (8%) mostly used cash before and still do, while one in 50 (2%) people surveyed now use cash more often than before.

The research, from YouGov, covered 21 countries.

It found that, among those covered, Thailand has seen the biggest decline in cash use.

More than half (57%) of the population surveyed there has used coins and notes less often following the Covid-19 outbreak.

This was followed by Malaysia, where 53% use cash less often.

Australia and Canada have experienced similar declines to those in Britain, with 51% and 49% of people in these countries respectively saying they now use cash less frequently.

Sweden has the lowest proportion of people who have used less cash during the pandemic (11%).

But the report said Sweden is seen as being close to becoming a “cashless society”, with nearly three-quarters (74%) of Swedes saying they mostly did not use cash before the pandemic and still do not.

Various studies indicate the coronavirus pandemic has accelerated trends which were already affecting the popularity of cash, such as the growth in online shopping and contactless spending as an alternative way to pay.

But YouGov’s research also suggests that the majority of Britons would not welcome the idea of becoming a cashless society.

Some 47% of people in Britain would view relying entirely on electronic payments negatively, with only a quarter (26%) seeing it as a positive step, YouGov found. A fifth (21%) in Britain feel neutral about the idea.

People in Spain were found to be the most resistant to the idea of a cashless society, with about half (53%) viewing it as negative, while just over a quarter (27%) believe it would be a good move.

By contrast, in India, four in five people (79%) feel a cashless society would be positive, while one in 10 view it as negative.

Countries such as Malaysia (65%), the United Arab Emirates (63%) and Indonesia (63%) also tend to see using electronic payments as a positive, the research suggested.

Here are the percentages of people in each country who agree they have paid less often in cash since the coronavirus outbreak started, according to YouGov: