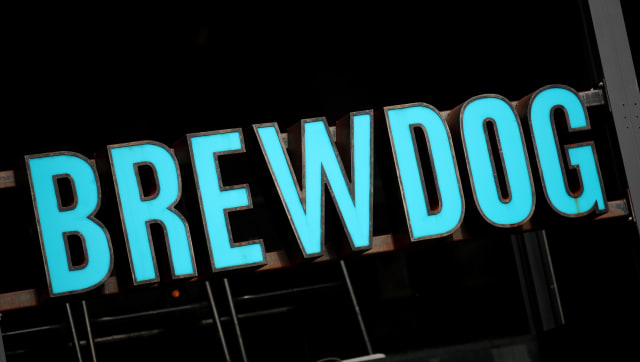 A BrewDog on-street advertising poster featuring an expletive partially hidden by a beer can has been banned by an industry regulator.

The promotion included large text reading “F*** You CO2. Brewdog Beer Is Now Carbon Negative” with the letters between F and K obscured by a can of Brewdog Punk IPA.

It was seen outside The Fulham Boys School as well as in Camden Town and Chiswick in London; Northumberland Street in Newcastle, and in George Square, Glasgow.

A full or double-page advert identical to the poster was also published in the Metro, The Week and The Economist.

The Advertising Standards Authority (ASA) looked into both cases and upheld one investigation while the other is upheld in part, ruling the advert “must not appear again in the form complained of unless suitably targeted”.

In its assessment of the poster, the authority said: “The ASA acknowledged that the poster showed an obscured version of the word ‘f***’; that it had been placed in accordance with guidelines on proximity to schools and religious buildings; that the ad had run during school summer holidays and that one local authority (Newcastle City Council), had been asked and considered the ad acceptable for use.

“Nevertheless, we considered it would be clear to most of those who saw it that the ad referred to the word ‘f***’ in the context of the expression ‘f*** you’ and was making a pun, in reference to the impact of climate change.

“We considered the word ‘f***’ was so likely to offend a general audience that such a reference should not appear in media where it was viewable by such an audience.”

In response to the poster judgment, the Scottish brewery and pub chain said it “wanted to shock people into thinking about the planet and reducing and removing the amount of carbon in the atmosphere”.

The ASA said: “BrewDog said they had consulted a broader range of outdoor contractors and had consulted with them on the campaign and its environmental message versus the potential for offence.

“They said the campaign had run at a time when schools were closed for the summer holidays and so any exposure to the ad by children going to or from school would have been limited.

“BrewDog said the ads implied a swear word but that it was not explicitly stated, which they believed followed precedent of what was acceptable.

“They did not believe the message would have caused harm or offence.”

It added: “Newcastle City Council considered the content to be acceptable.

“[Outdoor advertising firm] City Outdoor took from that, that other local councils would have a similar view.

“They said there were relatively few people passing by because of the coronavirus situation.”

For the press and magazine advert, the ASA said while most readers of Metro are adults, “as a widely available, free newspaper, the ad was untargeted”.

It also considered “that an obscured version of the word ‘f***’ reflected similar use of language elsewhere in The Week and The Economist and, in light of the ad’s intended message, was not out of place.”

Responding, Metro said it believed the ad was suitable for readers with 98% of them over 18 – while The Week considered the ad with obscured text to be in line with its editorial policy.

The Economist said it considered the ad with its editorial team before publishing it.