Boris Johnson ‘bursting with antibodies’ as he continues to self-isolate 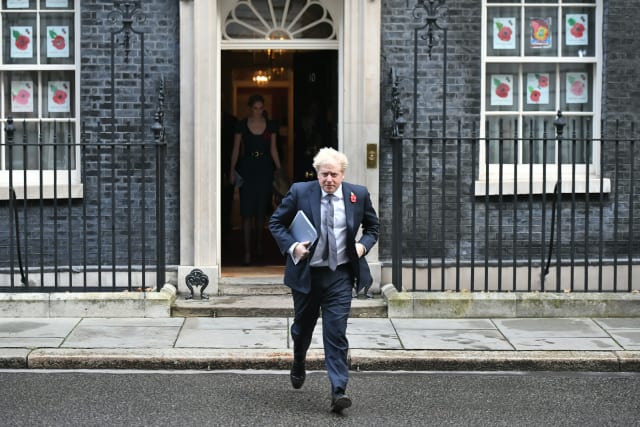 Boris Johnson said the fact he was “bursting with antibodies” having had coronavirus before would not impact on his having to self-isolate following contact with an MP who tested positive.

It comes as Mr Johnson’s bid to reframe his tenure as Prime Minister has been left in limbo after his meeting with Tory MP Lee Anderson, who has since tested positive for Covid-19.

The Prime Minister, who was admitted to intensive care with coronavirus in April, said he was notified by NHS Test and Trace on Sunday that he must self-isolate and will now remain at Number 10 for a period of 14 days.

In a video message on Monday, he tweeted that he was “in good health” and that he has “no symptoms”.

The Prime Minister said: “Hi folks, the good news is that NHS Test and Trace is working ever-more efficiently, but the bad news is that they’ve pinged me and I’ve got to self-isolate because someone I was in contact with a few days ago has developed Covid.

“And actually, it doesn’t matter that I’ve had the disease and I’m bursting with antibodies. We’ve got to interrupt the spread of the disease and one of the ways we can do that now is by self-isolating for 14 days when contacted by Test and Trace.”

Mr Johnson said he was self-isolating with a “high heart” that the country was getting on top of the virus, with rapid speed testing and hopes of having a vaccine roll-out before Christmas providing reasons for encouragement.