Housing algorithm ‘to be overhauled to prioritise building of urban homes’ 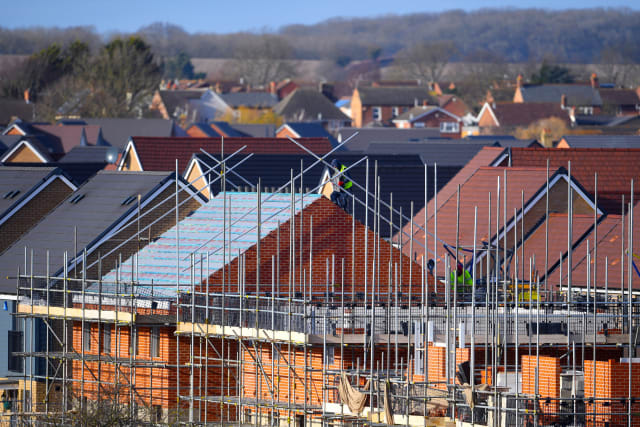 The proposed housing algorithm would have led to big increases in building in rural areas but had been described as “ill-conceived” by Mrs May, who warned it “flies in the face” of the Conservatives’ levelling-up agenda.

The system is now being “rebalanced” to prioritise construction of homes in urban areas, The Sunday Telegraph reports.

Last month, Mrs May said she agreed more homes need to be built but called on the Government to “think again” as its proposed “algorithm does not guarantee this happening”.

She told the Commons in October: “We need to build more homes, the Government is absolutely right about that.

“We need to level up across the country, the Government is right about that too.

“But the problem with these proposals, the problem with this algorithm on housing numbers, is that it doesn’t guarantee a single extra home being built and, far from levelling up, it forces more investment into London and the South.

“This is a mechanistic approach and it is ill-conceived.”

She was supported at the time by party colleague Bob Seely, whose backbench motion requesting the algorithm not be introduced until a debate and “meaningful” vote took place in the Commons was supported by MPs.

An overhaul of the system would be the latest large shift in official policy this year following U-turns over a controversial exams algorithm, free school meals, visa charges for NHS staff, reopening of schools, remote voting by MPs, Huawei’s involvement in 5G and quarantine measures for travellers.

Meanwhile, the Sunday Telegraph has also reported Housing Secretary Robert Jenrick plans to relocate part of his ministry to the West Midlands in an attempt to move Government focus from England’s south.